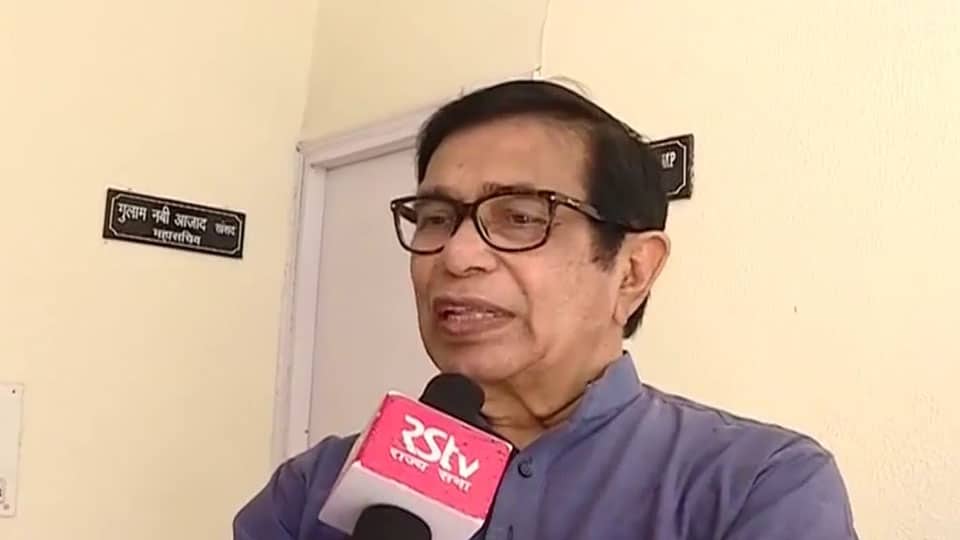 Funeral to be held in Bengaluru on Thursday

Fernandes was undergoing treatment in the ICU of Yenepoya Hospital in city since July after he sustained injuries in an accidental fall. As he was found to have an internal injury, a surgery was carried out by doctors. He is survived by his wife Blossom Fernandes, son Oshan and daughter Oshanie.

The mortal remains of Fernandes was kept at Udupi DCC office at 10 am today. The body will be taken to Mother of Sorrows Church and later to his ancestral house at Mangaluru. On Wednesday, the funeral mass will be held at Milagres Church, Mangaluru, at 10 am and the body will be airlifted to Bengaluru in the evening. The mortal remains will be kept for public viewing at the KPCC Office on Queen’s Road on Thursday at 10 am. After the prayers at St. Patrick’s Church at 3.30 pm, the burial will take place at Hosur Road Cemetery.

Oscar was born on Mar. 27, 1941 to Roque Fernandes and Leonissa Fernandes, who was the first Women’s Bench Magistrate of undivided Dakshina Kannada district.

Oscar had his education at St. Cecily’s Convent School, at Board High school and in MGM College, Udupi. Before joining politics, he served in LIC for a brief period and tried his luck by running an enterprise at Manipal.

Oscar was very close to AICC leaders Sonia Gandhi and Rahul Gandhi and had served as Rajiv Gandhi’s Parliament Secretary. In the Manmohan Singh Cabinet, he held transport and labour portfolios and worked as AICC’s Central Election Authority Chairman.

Oscar was elected twice as KPCC President in the 1980s. He climbed up the ladder at the national level by winning the seventh Lok Sabha election from Udupi Constituency. For the next four consecutive Lok Sabha elections, Oscar won from the same seat. He was elected to the Rajya Sabha in 1998 and re-elected in 2004.

Oscar also served as Union Minister from 2004 to 2009, holding various portfolios including youth and sports affairs, NRI affairs, among others.

Apart from political activities, he also founded the ‘Jolly Club’ NGO where he had arranged a library room facility for youths to cultivate their reading habits.

Having penchant for various sports, Oscar was a Kuchipudi dancer and an able musical instrument player. He was good at playing the harmonium, keyboard and tabla, besides he also composed poems and was a singer too.

Prime Minister Narendra Modi expressing condolences said, “Saddened by the demise of Rajya Sabha MP Shri Oscar Fernandes Ji. In this sad hour, my thoughts and prayers are with his family and well-wishers. May his soul rest in peace.”