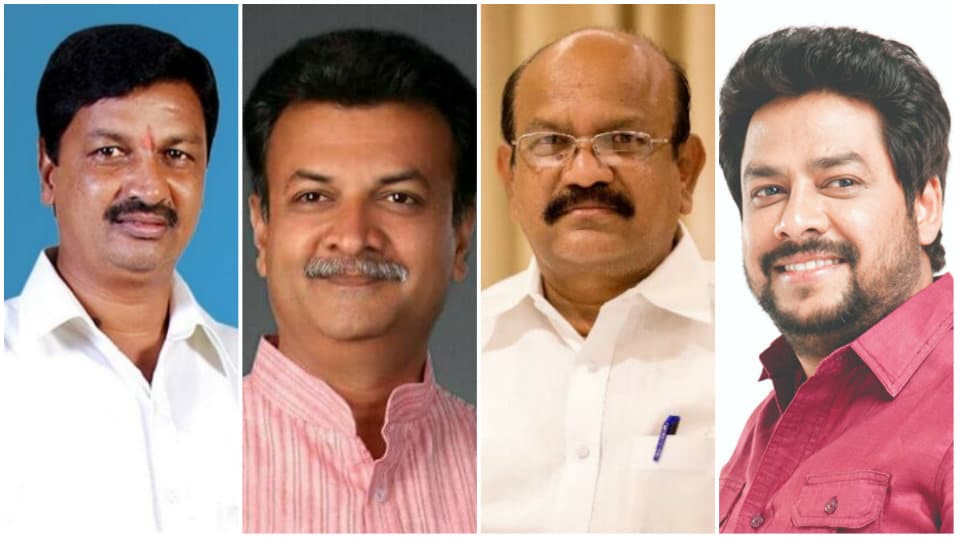 Bengaluru: Four disgruntled MLAs have kept the Congress on tenterhooks as they have remained incommunicado, forcing the party to issue an ultimatum for them to appear before the Karnataka Pradesh Congress Committee (KPCC) President Dinesh Gundu Rao in person or face disciplinary action. Gundu Rao has said that the erring MLAs might be disqualified if they continue to evade the party directives.

The Budget Session will begin with the Governor’s address to the joint Houses of the Legislature on Feb.6 while Chief Minister H.D. Kumaraswamy is scheduled to present his second Budget on Feb.8.

The MLAs have been under the party’s scanner ever since they skipped the Congress Legislature Party meeting on Jan.18, for which they were slapped with show-cause notices. Another notice has been served asking them to physically appear before the party’s leadership.

It is widely believed in Congress circles that Jarkiholi, Kumthalli, Jadhav and Nagendra may have swayed towards the BJP. They were all allegedly part of the ‘Operation Lotus’ by the BJP and are said to be planning to resign as MLAs and seek re-election as BJP candidates, sources said.  Sources close to Minister Satish Jarkiholi said that there are eight MLAs in Mumbai, including two independents – R. Shankar and H. Nagesh.

Dinesh Gundu Rao told reporters in Bengaluru yesterday that action will be taken against the MLAs who are said to still be in Mumbai. “We will discuss the issue at the next Congress Legislature Party (CLP) meeting (to be held either on Feb. 6 or 7) and initiate action,’’ he said.

Two other MLAs, J.N. Ganesh, who is now at large facing an attempt to murder case after assaulting fellow party legislator Anand Singh (admitted in hospital due to grievous injuries), and Bhima Naik had returned from the BJP’s fold.

Meantime, BJP leader R. Ashoka told reporters, “We won’t try to topple the government. Congress and JD(S) legislators themselves will,” Ashoka claimed, and said the BJP cannot be blamed for the actions of Congress or JD(S) MLAs. “We are not hermits. If there is a chance (to form the government), we will make use of it,” Ashoka said.

Congress Congress MLAs Congress-JD(S) coalition
Devotees from across Karnataka witness a grand Rathotsava
Ballahalli Layout: Will GTD’s meeting be a clincher for MUDA ?