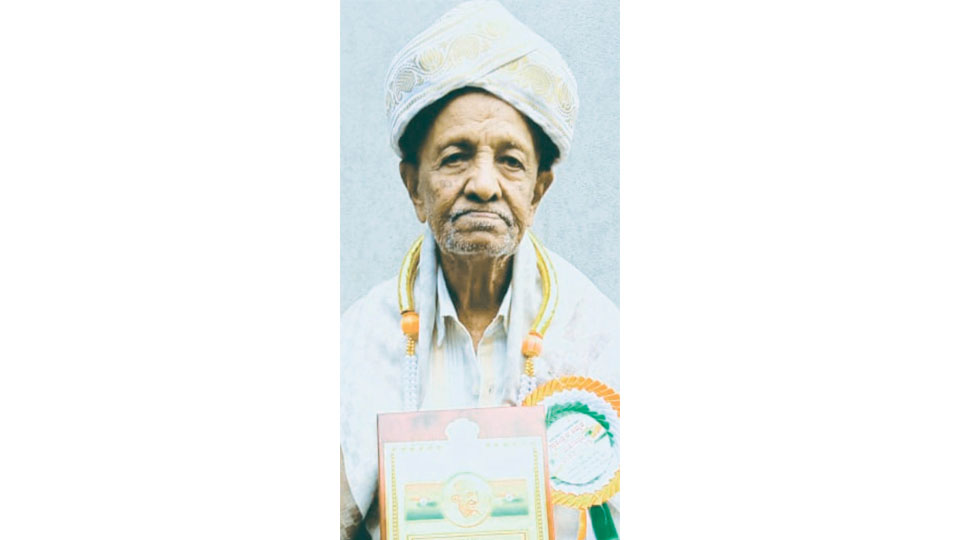 K.R. Pet: Siddalingegowda (95), a freedom fighter from Mandya passed away at his native village Aghalaya in K.R. Pet taluk of Mandya district on Thursday.

Siddalingegowda, who did his B.A. degree in Mysuru, jumped into freedom movement and went to Srirangapatna Jail. After coming out of jail, he joined Government service as RTO at Mangaluru. But as the freedom struggle gained momentum, he quit his Government job and engaged himself in organising youths for freedom struggle.

In post-Independence days, Siddalingegowda joined Pandavapura Sugar factory, where he served for several years and after retirement, he settled down at his native village Aghalaya, where he took up farming.

Last rites were performed at Aghalaya this morning, according to family sources.

Siddalingegowda was felicitated by K.R. Pet taluk administration at his residence in Aghalaya on Aug. 13 as part of 75th year of Indian Independence.