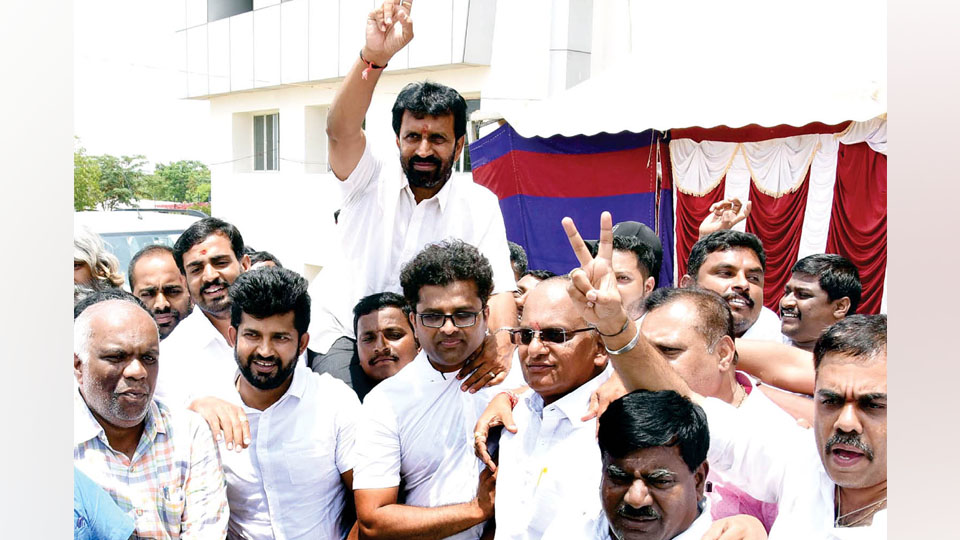 From Corporator to MUDA Chairman to MLA — L. Nagendra

Chamaraja Constituency that has a majority of educated population was expected to witness a keen contest between the Congress and the BJP. The Constituency has a dominant presence of Vokkaligas and they were the deciding factor.

Vasu had the advantage as he was the incumbent Vokkaliga MLA and he was also a favourite among the educated class.

Initially, there were many contenders for the BJP ticket and the party chose Nagendra, considering his electoral track record and his service as the MUDA Chairman.

And Nagendra did not disappoint the party as he won by a clear margin of 14,936 votes. As the counting of votes began yesterday, Nagendra established a steady lead and maintained the status till the very end of the last round.

Interestingly, Nagendra is only second to K.R. Nagar incumbent MLA and the present MLA-elect S.R. Mahesh, among those who served as MUDA Chairmen, to enter the Assembly. Till now, Mahesh was the only MUDA Chairman, who managed to win the Assembly elections. Now, Nagendra has won from Chamaraja. 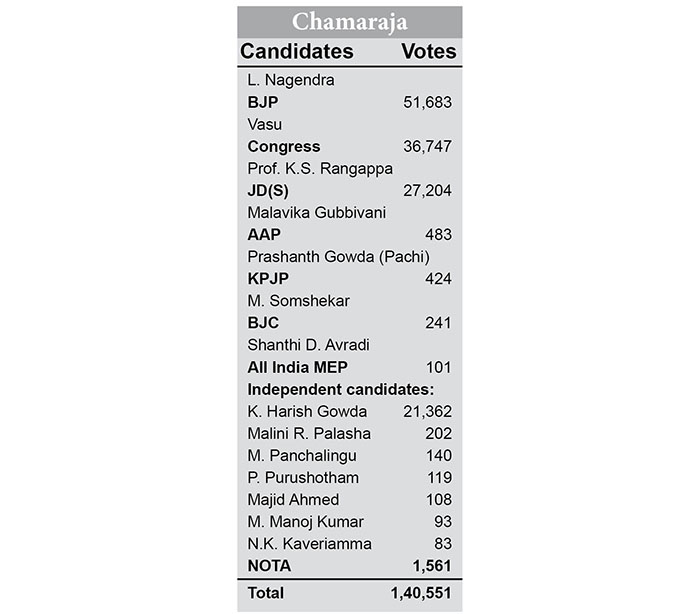 Speaking to Star of Mysore this morning, Nagendra said that he has dedicated his life to public service and will fulfil the aspirations of the people of Chamaraja. “I could win the elections due to the support extended by MP Pratap Simha, City BJP President Dr. B.H. Manjunath, former MLC D. Madegowda, former MCDCC Bank President C. Basavegowda, Corporator Nandeesh Preetham and a host of party workers,” he said.

“I have been in public service since 1996 and I have been a three-time Corporator and MUDA Chairman. As an MLA, I will have more responsibilities. As an elected representative, I will ensure that Chamaraja is clean as per the vision of Prime Minister Narendra Modi. My priority will be to construct houses for homeless, slum-dwellers and also employment generation,” he said.

When asked about his journey from a Corporator to MUDA Chairman to an MLA, Nagendra said that as a MUDA Chairman, he headed meetings and the MLAs, Deputy Commissioner, MUDA Commissioner and a host of officers would listen to him attentively. Being an MLA is no big deal. The only difference is that the scope of my work has widened with more responsibilities,” he added.