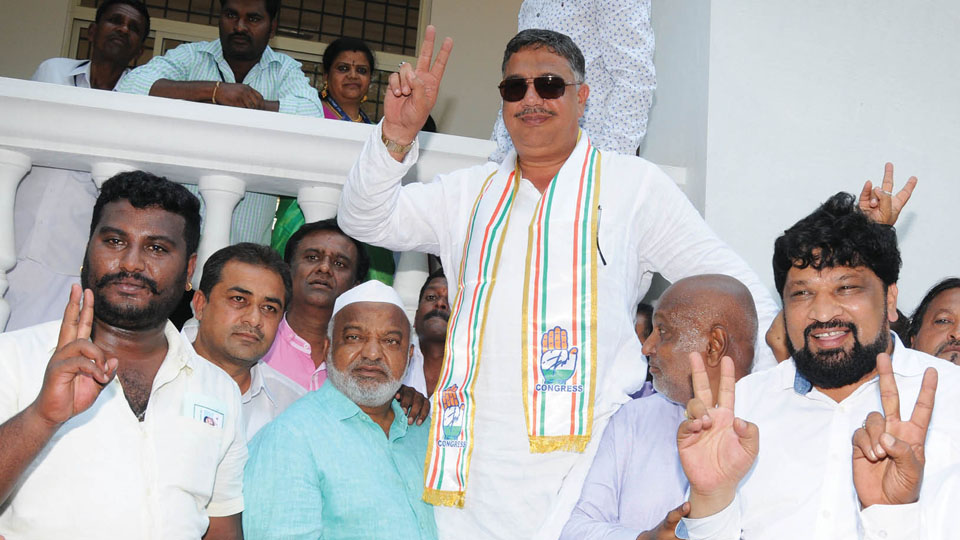 Though political observers in the Constituency pointed out that the going could turn tough for Tanveer Sait as the Congress, Janata Dal-Secular (JD-S) and Social Democratic Party of India (SDPI) candidates will all be vying for the same Muslim votes and thereby dividing them, Sait proved them wrong by   winning the polls.

In all, the Constituency witnessed a four-cornered contest by Congress, SDPI,  JD(S) and the Bharatiya Janata Party (BJP).

Narasimharaja has a substantial concentration of Muslim votes and has for long remained a Congress fortress and a bastion of Aziz Sait family. 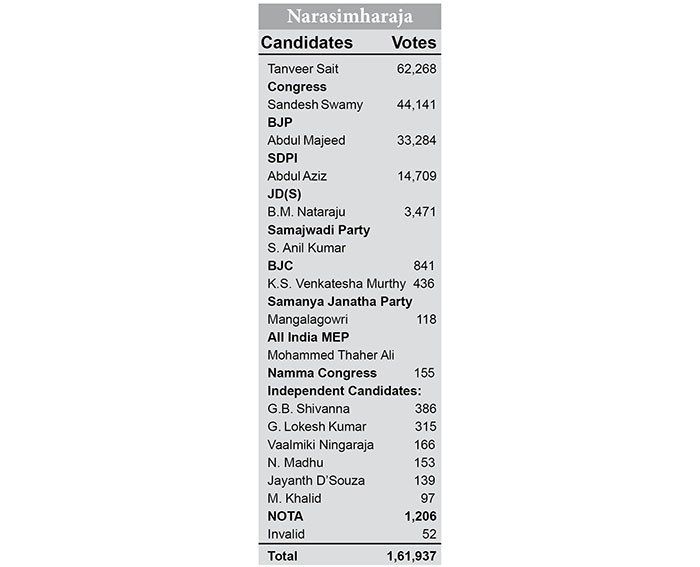 For the Congress, Aziz Sait’s family has proven beneficial as the party has won most of the elections under the leadership of Aziz Sait. After Aziz Sait’s death, his son Tanveer Sait proved a winning horse  for the party.

The only time Aziz Sait lost in his over four-decade political career was in 1994, when Maruti Rao Pawar of the BJP defeated him.

In the last Assembly polls held in 2013, Tanveer Sait, who secured 38,037 votes, won the seat by defeating Abdul Majeed of SDPI.

The JD(S) candidate came third and BJP candidate       was fourth.