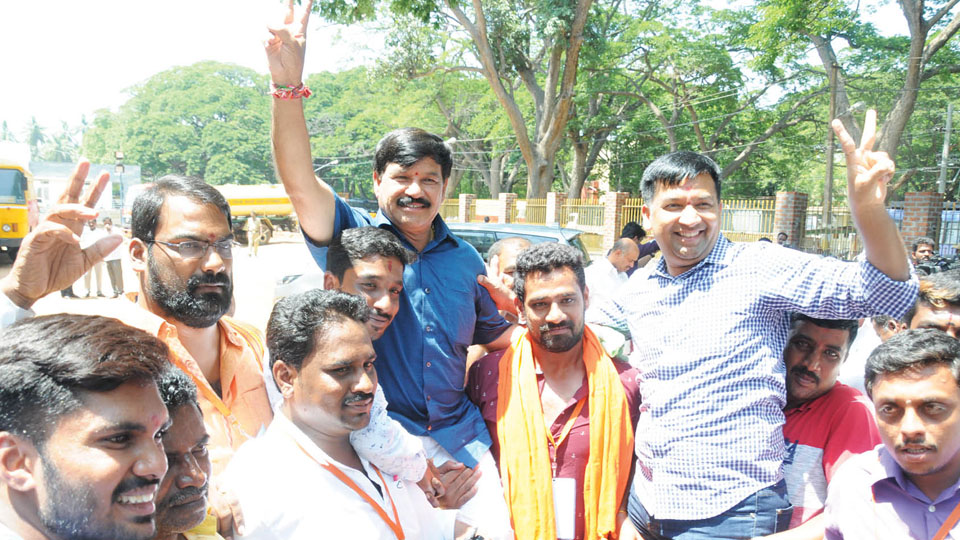 Ramdas triumphs against all odds

Mysuru:  This May 12 Assembly elections saw a keen competition between S.A. Ramdas of BJP, M.K. Somashekar of the Congress and K.V. Mallesh of JD(S) with Ramdas finally emerging victorious in Krishnaraja Constituency.

It was a keenly fought election and even for the BJP ticket and its severity could be gauged from the fact that the candidature of Ramdas was announced at the last moment in the third list.

Though a few anti-Ramdas groups surfaced to damage not only the Brahmins’ vote-bank but also to ruin his image through character assassination by reviving the same old scandalous “sting operation” to besmirch his reputation so that BJP High Command may dump him as one with sullied public image, the public of Mysuru was by then sufficiently educated about the games the frustrated or defeated politicians play, who finally voted for Ramdas making him victorious. 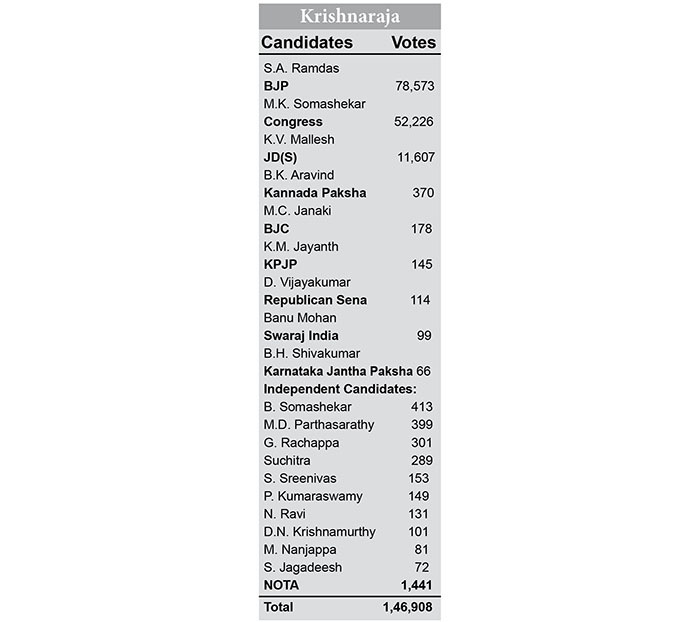 During the counting of votes (20 rounds) at Maharanis Women’s Commerce and Management College at Vinayakanagar (Paduvarahalli) yesterday, Ramdas secured 3,144 votes while M.K. Somashekar (Cong.) bagged 2,908 and K.V. Mallesh (JD-S) secured 890 votes in the first round of counting.

Speaking after emerging victorious, Ramdas said: “My victory is the victory of BJP Constituency activists who unitedly worked and brought the programmes of PM Narendra Modi and former CM B.S. Yeddyurappa to the doorsteps. Before the election, I had mentioned in the manifesto of developing the Constituency by making it hut-free and construction of houses for those living in rented houses. In this backdrop, the voters of the Constituency who were impressed with it blessed me by voting for me.”