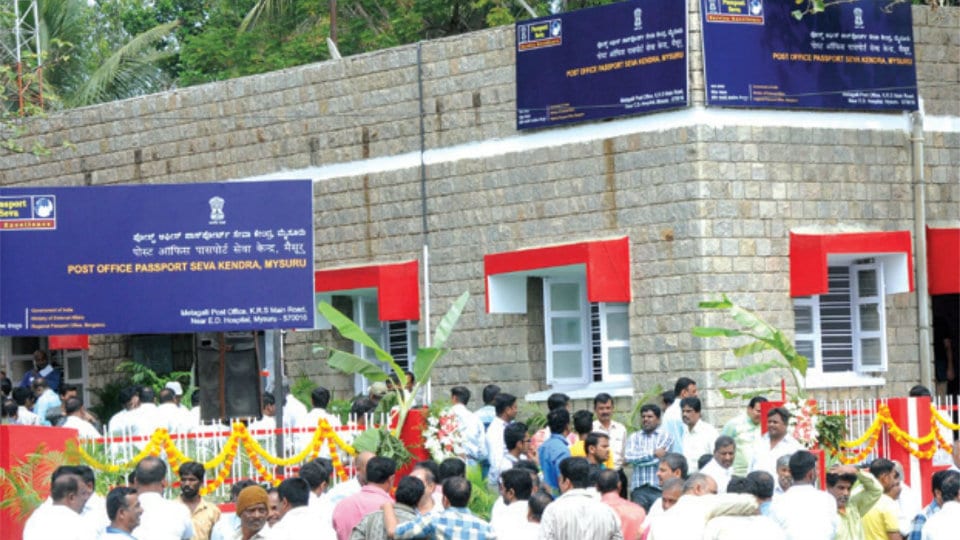 Bengaluru: The Ministry of External Affairs has introduced ‘Out-of-turn Passports’ for normal first-time applicants, where the passport is delivered to the applicant first at no extra cost and the Police verification done later.

This was introduced not only to speed up the process of issuing passport, but also because the Ministry had received a feedback and complaints from citizens that Police verification is time consuming and leading to delay in issuance of passports. Another serious complaint was of the Police personnel demanding bribes.

According to Regional Passport Officer Bharat Kumar Kuthati, under this scheme, no proof of urgency will be required to be submitted and passports will be issued first and Police verification done later. There will be no additional fee levied but appointments will have to be sought through normal channels and not tatkal.

At the Passport Seva Kendra (PSK), the official in-charge would decide, based on the documents submitted, whether the services should be speeded up or should go through normal course of prior Police verification.

More the supporting documents, more chances of the passport being speeded up. Applicants can also indicate on the form that they want the passport to be issued under the ‘Out-Of-Turn’ scheme.

There have also been instances where even tatkal applicants had to wait for 10 days or more to seek appointments at PSK. This will be handy for the applicants from some districts and rural areas where Police verification takes more than 30 days.

When Star of Mysore contacted the PSK at the Metagalli Post Office in Mysuru, Officer Somu Pratap Singh said that the applicants can chose ‘Out-Of-Turn’ scheme, but the decision will be taken only at Bengaluru Passport office as the PSK in Mysuru is only a collection centre.

This is a part of the Crime and Criminal Tracking Networking Systems Project (CCTNSP) introduced by the Ministry in January. Here, Police verification is done online. Police carry handheld devices and upload data online when verifying the address. This will also help create a database to keep a tab on criminals.