Home » News » ‘Gain expertise in all formats of the game’ 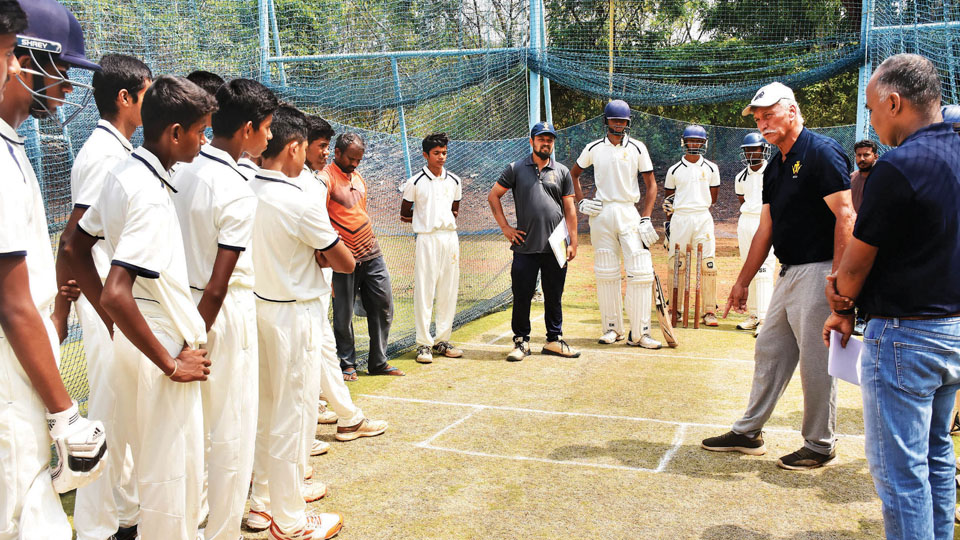 ‘Gain expertise in all formats of the game’

Former International Cricketer and a member of the Indian Cricket Team which won the World Cup in 1983, Roger Binny, who is also the KSCA Hon. President, has advised upcoming cricketers to gain expertise in all the three formats of the game — Test, ODI and T20 — as it will improve their skills as a cricketer.

He was speaking after inaugurating an Under-16 coaching camp organised under the aegis of Karnataka State Cricket Association (KSCA), Mysuru Zone, at Srikantadatta Narasimharaja Wadiyar Stadium in city on Sunday. The 15-day camp, including a three-day coaching for spinners, will conclude on May 15.

“Because of COVID-19 pandemic, more cricket activities could not be held during the previous years at the Junior-level which is not a good development from the point of view of upcoming cricketers. Make notes of the suggestions given by the coaches during the camp. Cricket is not just about practising in the nets. You should be clear about your goal and purpose and your first priority should be to play at the Zonal-level. I want to see you playing in the State eleven; so make best use of the coaching camp,” he advised the aspiring cricketers.

Member of the State Selection Committee and former Ranji player Anand Katti, who is also the in-charge of the spinners camp, observed that quality game is visible at the Zonal-level and he is hopeful of getting good cricketers in the future. “Many great spinners from Karnataka have represented the country. But of late, their numbers have decreased. Hence we have given emphasis on spin bowling in the coaching camp and there are many talented cricketers in rural areas who are ready to work hard,” he added.

Roger Binny was present during the entire day and shared his expertise with the participants. KSCA Mysuru Zone Convenor S. Sudhakar Rai, Zonal President Harikrishna were present on the occasion. A total of 20 budding cricketers, including 16 from Mysuru and 4 from Mandya, are participating in the coaching camp which concludes on May 15. Nikhil Haldipur, S. Deepak and S. Rajath will be the other coaches of the camp.