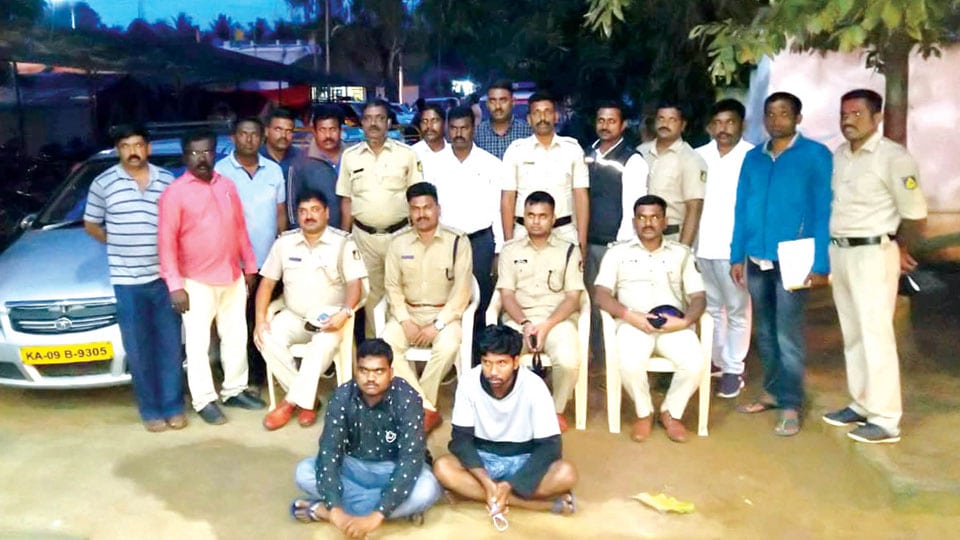 Periyapatna: Periyapatna Police, who had arrested a youth on charges of killing a girl and burning her body and were on a lookout to nab his accomplice, who helped him in the crime, have finally arrested him.

The Police, had earlier arrested 24-year-old Siddaraju of Karalapura, who is said to be the lover of the victim Bhavya (name changed). She was a resident of Hullahalli in the taluk and was working as a typist at an advocate’s office.

The Police, who arrested Siddaraju had interrogated him during which he confessed of raping and killing Bhavya and setting her body on fire on the roadside near K.R. Nagar-Ravandur Main Road in Periyapatna Police limits along with his friend Prasanna Kumar of Chamalapuradahundi village.

The Police, who had launched a hunt to nab Prasanna Kumar, have finally arrested him. With his arrest, the Police have arrested two persons in the case.

It may be recalled that Bhavya and Siddaraju were in love and as Bhavya began to pressurise him for marriage, Siddaraju, along with his friend Prasanna Kumar, took Bhavya in a car on Nov. 7 afternoon, where they alleged raped and killed her. On Nov. 8, they took her body in the car and dumped it on the roadside near K.R. Nagar-Ravandur Main Road in Periyapatna Police limits, poured petrol on the body and set it on fire.

The accused were arrested on Nov. 15 and were interrogated. The Police have also seized the car used for the crime.