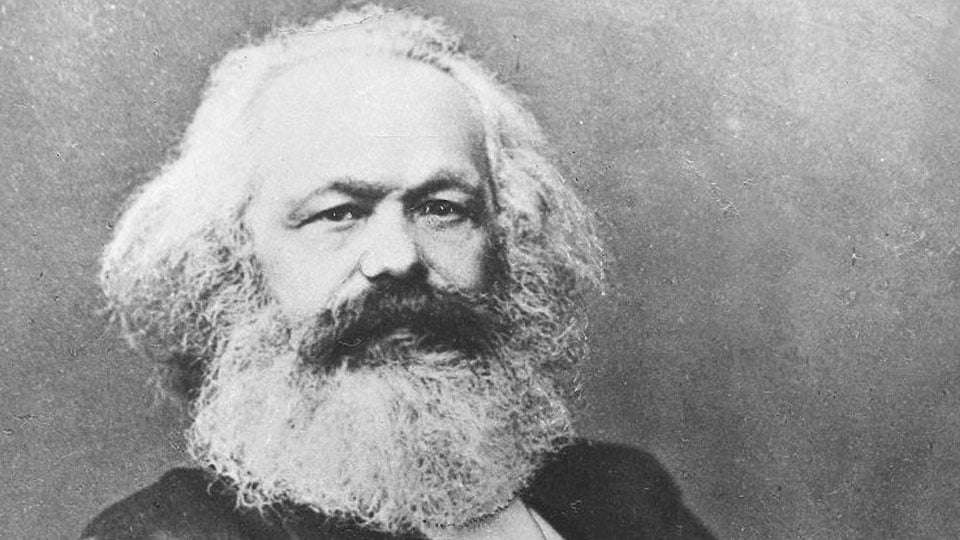 Giving Marx to our Leaders

Karl Marx summed up a complete philosophy when he set forth the precept, ‘From each according to his ability?’ This was not communism. It was simply the acceptance of a guiding principle of life, that every individual had a responsibility to society. Does a father or a son, a factory owner or a businessman, a film star or a sportsman, a journalist or an engineer contribute to society according to the best of his ability?  If he doesn’t, he is living off others who do.

What about politicians?  Are they contributing according to their ability? Since Marx was the paramacharya of communism, it’s only fair to begin by asking whether our communist leaders contributed according to their ability? The men who emerged as communism’s most influential leaders, Jyoti Basu and E.M.S. Namboodiripad, were men of substance, respected by friends and foes alike for their intellectual calibre and political sagacity.  Their eminence within the party was unchallenged.

But their achievements on the ground as Chief Ministers did not measure up to their ability. In both the States, laws were changed with the sole aim of ending feudal landlordism, just as the textbooks said. What happened to agriculture in the process was not a matter of interest. In Bengal, regional imbalances developed and grassroots poverty levels rose high. The dilapidated tram system in Kolkata, a disgrace, continued as if to symbolise the stagnation. In Kerala, the fabled granary of Kuttanad lay waste because paddy fields were entrusted to IAS Officers to run. Today the State is dependent on imported foodgrains and vegetables.  In both States ideology won over reality.

In China reality won over ideology.  Deng Xiaoping created his own precept when he said famously that the colour of the cat did not matter as long as it caught mice. Cats of enterprise began catching mice so successfully in China that prosperity levels rose within one generation for vast sections of the population. If  EMS and Jyoti Basu had used their power to introduce similar reforms in the party, the story of India would have been different. But they chose to be men of the moment, not men of history.  After them the party went from bad to worse until, in West Bengal, it was thrown out of power and in Kerala, it became synonymous with murder politics with Prakash Karat, CPM’s most inconsequential General Secretary, spending his time reading text books.

The story is no different elsewhere. Jawaharlal Nehru enjoyed popularity and power rare in democracies. With the Parliamentary majority he enjoyed there was nothing he could not achieve. He did introduce attitude-altering reforms that helped modernise the country. But it cannot be said that he did the best according to his ability. There were badly needed changes that only he had the influence to introduce. Administrative and Police changes, for example. The British had developed the Civil Service and the Police Force to act as masters and oppressors of the people. They remain just that to this day.  What was easy to reform then would be                    difficult now.

Indira Gandhi’s power and popularity reached dizzy heights in 1971 following the Bangladesh War. Yet, within four short years, she took the country to its lowest ebb with the imposition of Emergency.  Rajiv Gandhi’s Parliamentary majority reached a record 404 out of 533 in 1984.  He even declared a well-meant plan to clean things up and imaginative programmes in key areas like telecommunication. But he caved in soon, unable to stop relatives from abroad and friends at home from manipulating the system for private ends. The system devoured him. None of the Gandhis served the country according to their abilities. They made the country serve them.

Ditto with other parties.  Mamata Banerjee, with her eccentric twists and turns, is yet to achieve anything of substance. Mayawati used power to immortalise herself in statues and monuments.  The prophet of socialism, Mulayam Singh Yadav, turned ranking criminals into Cabinet Ministers.  The less said about the socialist of Bihar, Lalu Prasad, the better.

Even A.B. Vajpayee was forced by party pressures to abandon policies of moderation and turned himself into a narrow Hindutva warrior.  The Chief Minister in whose watch the Gujarat riots took place adjusted himself deftly after he became Prime Minister in 2014. But ideological beliefs were strong and he seemed happy to see the fanatic fringe growing. When those who have the power to act wisely do not do so, they fail to function according to the best of their ability. Marx prescribed a yardstick that was tough. And fair.

Karl Marx Point of View T.J.S. George
Pathetic condition of MUDA Park
Studies medicine in US but dies in India after treatment is denied

5 COMMENTS ON THIS POST To “Giving Marx to our Leaders”