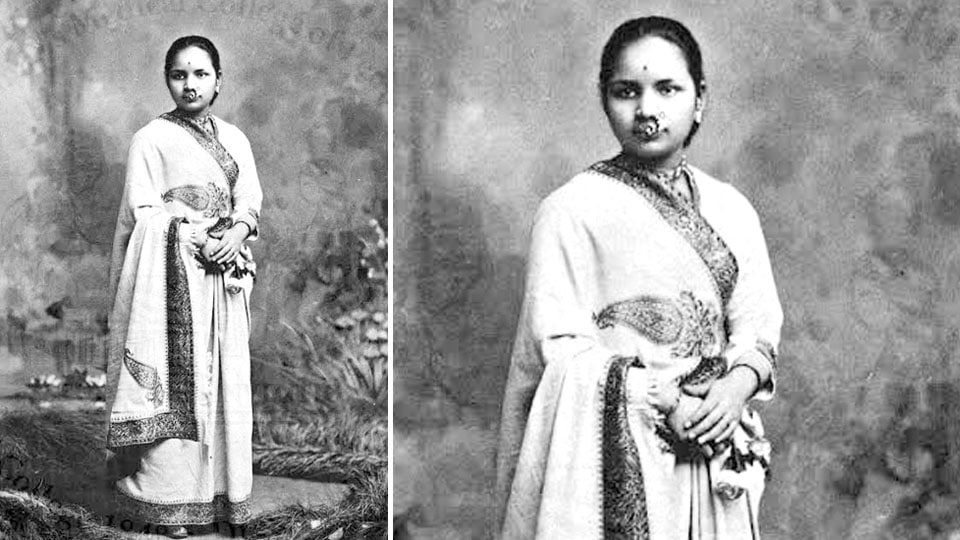 We celebrated National Doctor’s Day on July 1 and acknowledged their service, especially in the times of COVID-19 that has shaken the entire world.

Today we are not surprised to see woman doctors. However, if we go back two centuries ago, educational and social system in India was quite different. There were no lady doctors and most of the women were hesitant to approach male doctors during pregnancy and child birth. As such, mother-child mortality rate was high. The simple reason behind this was ignorance, lack of education and scarcity of lady doctors.

India was under British rule. Despite years of ignorance and dogmas, there were some intellectuals who started the liberation movement. Thanks to them, educating women was taken up on priority basis. Raja Ram Mohan Roy was in the forefront of India’s reforms and he was instrumental in bringing a law to curb the Sati system.

The movement spread all over India, more so in Maharashtra as many social reformers came forward with their ideas in making women self-reliant. Though many men faced severe criticism and social boycott, the determined few did not heed to such obstacles and decided to give their sisters and wives, proper education.

Gopalrao Joshi was one such person who aimed to educate his wife despite resistance from family and society. Gopalrao was not highly educated but had realised the value of education. He was working as a clerk in Postal Department. He was so obsessed with the idea of educating women that after losing his first wife, he got married second time to a girl who was much younger to him. He did not demand cash, gold or furniture in marriage but put a condition that he will educate his wife and no one should oppose him.

It was a strange demand but Gopalrao was determined to educate Yamuna, daughter of Ganpatarao Amruteshvar Joshi. Yamuna was hardly 9 years old at the time of marriage. She was born on 31st March,1865 in Pune and got married to Gopalrao Joshi in 1874 as per the prevailing social system where daughters were married before attaining puberty. As per the system, she was named ‘Aanandi’.

Immediately after marriage Gopalrao gave books to Aanandi to study. Aanandi was clever and as such she completed her vernacular study within two years. Two years after marriage she came to her husband’s place and gave birth to a male child but unfortunately, she lost her son due to non-availability of proper medical treatment.

Aanandi’s study at home continued further and she gained mastery over English. Though Gopalrao and Aanandi were in deep grief, they realised the need of proper medical help to Indian women and both decided to go ahead with the idea of Aanandi becoming a doctor. Their efforts bore fruits and Aanandi could get permission to go to America to study medicine.

The social life during that period was very different. Women were not allowed to participate in any function or debate or discussions with men. With this background, Aanandi took the decision to go abroad and her husband supported her. This was a great revolution then. Both had to face many obstacles and main one was paucity of funds.

Christian missionaries offered financial assistance conditionally (she had to convert to Christianity). Aanandi denied the offer saying that if at all she would get the doctor’s degree, it will be only as Dr. Aanandibai Gopalrao Joshi and not any other name. Finally, a philanthropist from America Mrs. Carpenter offered help and the correspondence between Aanandi and Mrs.Carpenter started in this direction.

The letters written by Aanandi were in good English and were full of information about Indian culture, tradition and philosophy. For this Aanandi had to study Sanskrit. After all the preparations to travel were over, Aanandi had delivered a lecture — in reply to her felicitation and had explained the reasons of her travel to America. The news appeared in all leading newspapers. The then India Post Office Director General H.E.M. Smith wrote a letter of appreciation along with a gift amount of Rs.100, admiring the boldness of Aanandi.

Finally in 1883, Aanandi’s journey to America started from Calcutta Port on 17th April,1883 in a ship named ‘City of Calcutta’. During her lengthy journey, Aanandi read many books and gained knowledge. However, she had to starve almost all the time because only non-vegetarian food was available on board. She landed on 18.5.1883 in Liverpool, America and then moved to Rosel New Jersey.

Mrs. Carpenter had come to receive Aanandi and took her to her home. Aanandi had reached America in traditional Indian attire — Maharashtrian nine-yard sari, blouse and the typical nose-ring. Seeing her for the first time, Mrs. Carpenter had liked this beautiful girl especially with her shining pearl nose-ring.  Aanandi stayed in Carpenter’s home for 3 months and got admission in a Medical College.

During her stay in Carpenter’s home, Aanandi took care of Carpenters’ children, stitched clothes for them, helped them in homework, learnt knitting and gained appreciation. One American reporter wrote an article on Aanandi which was published in an American newspaper mentioning her as a smart and good-looking Indian woman, along with her photo in Indian dress.

Aanandi had not changed her dress style. After reading the article, many Americans used to visit Mrs. Carpenter’s house to meet Aanandi out of curiosity. Most of them were surprised to see Aanandi speaking in fluent English as well as she used to entertain them by singing songs in six Indian languages melodiously.

Aanandi was a multi-talented woman. She used to keep herself happy and make others happier. Despite the cold weather conditions, she adjusted her stay in America. She silently observed American culture without commenting. She impressed her hosts through her decent behaviour and communication skills.  According to Mrs. Carpenter, Aanandi was a dancing fountain of happiness. She did not charge any money for Aanandi’s stay and food in her house.

Before leaving Mrs. Carpenter’s house, Aanandi hosted a party to her friends where she prepared Indian dishes and sweets. She drew rangoli on the floor and made over 18 to 20 guests to sit on the floor and eat with hands. Aanandi showed her expertise in culinary art as well as her creativity in all arrangements. It was a treat to guests.

A new chapter opened in Aanandi’s life when she entered the Medical College. The Dean wrote a personal letter inviting her to join this College and offered all support. When Aanandi entered the campus with Mrs. Carpenter, the Dean was there to receive her along with a big gathering of 500 doctors and students. Mrs. Carpenter helped Aanandi settle down in the hostel and then left to her home.

Aanandi struggled to cook and study. Hence she shifted to a mess. She was smart, sharp in her studies and scored good rank in her periodical examinations. Aanandi had an attack of Diphtheria but the Dean as well as her classmates took good care and Aanandi was cured.

Now her aim was to complete three-year course which was followed by one year’s internship. Her progress was being conveyed to her husband in India. Finally the day of convocation arrived and Aanandi was the centre of attraction. All the doctors, faculty members and the Dean heaped praises on her.

Later, Dr. Aanandi delivered a Thanksgiving address. The moment she started speaking, she heard a whistle and was stunned to see her husband Gopalrao entering the auditorium. It was a pleasant surprise for her and a most satisfactory moment for Gopalrao. All his efforts and struggle bore fruits.

Aanandi was awarded Doctor’s degree on 11th March, 1886. Now it was the time for the couple to plan their return journey. Aanandi had many plans to serve Indian women. She was also planning to start a Medical College in India. Both of them landed in Bombay Port.

Unfortunately, Aanandi fell sick severely and ironically, she could not get proper food as well as treatment in her own country and her own city. Her mother and sisters could not provide her proper Indian food which she had terribly missed. The doctors of Pune refused to treat her because she had travelled crossing the seas and during those days it was treated as a big sin. They insisted that ‘Praayaschita’ (atonement) was a must. Aanandi, however, died due to illness and lack of treatment.

Her premature death proved a big loss to India. Though she is not there physically, her selfless and honest efforts in the field of medicine will always remain in the hearts of Indians. By remembering Dr. Aanandi in the times of pandemic, we are expressing our gratitude to such a bold woman who dared to travel to America alone in the 19th Century and achieve her dreams, crossing many hurdles.