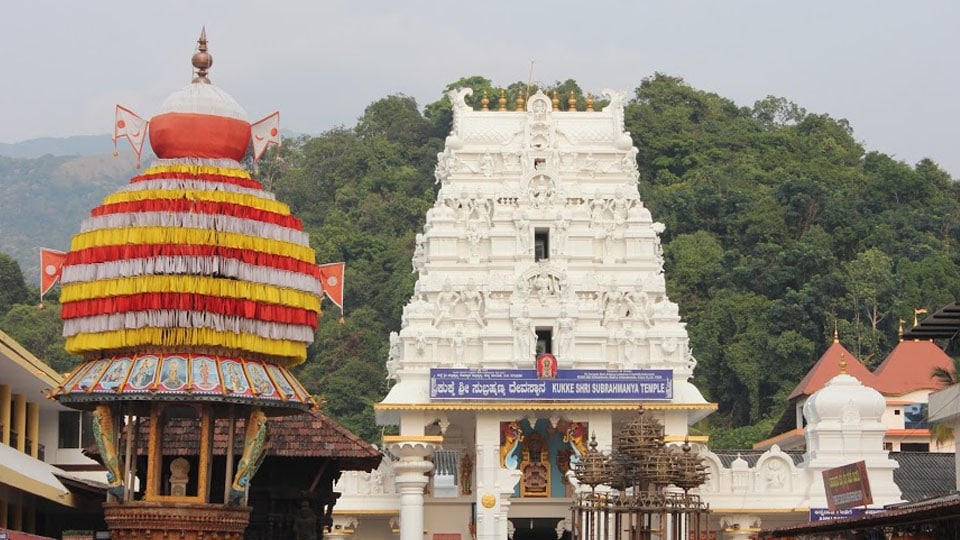 Bengaluru: Even as the State Government has decided to restart a 14-year-old project to build a golden chariot for the Kukke Subramanya Temple and Chief Minister H.D. Kumaraswamy comes forward to initiate the plans, several politically motivated rumours started floating that the CM is taking up the project to seek divine intervention for the longevity of his Government. Hence, the CM himself has clarified on this issue.

Kumaraswamy has directed the officials to prepare the proposal to be placed before the Cabinet, according to a statement from the Chief Minister’s Office (CMO) yesterday.

The Project dates back to 2005 when the Government had cleared building a golden chariot for the Kukke Subramanya Temple in the Western Ghats range in Karnataka in Subramanya village. The chariot was estimated to cost Rs.15 crore then but now owing to existing gold prices, the chariot could cost around Rs.80 to Rs.85 crore.

This decision to build the golden chariot during the election period by the Kumaraswamy Government has led to a lot of debates in the political circles.

Clarifying his stand on the issue, Kumaraswamy has said that in 2005 and 2006 itself the decision to build the chariot had been taken and this is not something that is new. In 2005, the State Government had decided to build the golden chariot at a cost of Rs.15 crore. For this, it had been decided to use the gold available in the Temple and for the remaining gold, the Government had permitted to buy through the banks.

However, in the fresh proposal, it has been stated not to use the Government grants and instead use the public donations and the Temple’s resources to build the chariot, the Chief Minister                    has clarified.

Advocate Paduvarahalli M. Ramakrishna staged a solo protest near Gandhiji’s bust in front of Law Courts in Mysuru, alleging that Chief Minister Kumaraswamy instead of wasting such huge amount of public money on golden chariot could instead use it for the welfare of the people.

2 COMMENTS ON THIS POST To “Golden Chariot for Kukke Subramanya: HDK clarifies on rumours”