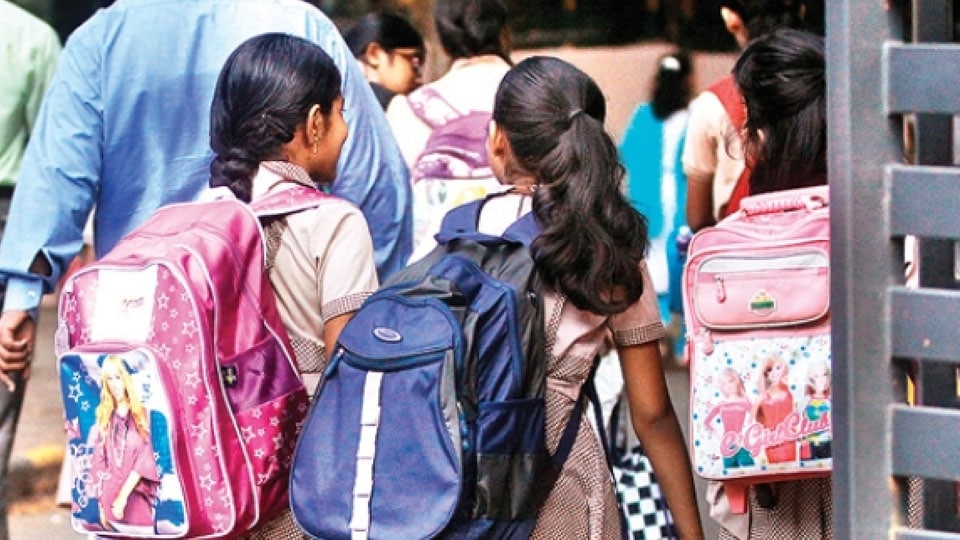 Government proposes to re-open Schools in phases from July 1

Bengaluru: Following a directive issued by the Union Home Ministry asking State and Union Territory Governments to hold consultations at the Institutional level with parents and other stakeholders on re-opening of Schools along with necessary COVID-19 precautionary and safety guidelines, Primary and Secondary Education Minister S. Suresh Kumar held a meeting with top department officials at Vidhana Soudha here on Tuesday.

The meeting issued a circular asking Heads of Government and aided Schools to hold parent-teacher and School Development and Monitoring Committee (SDMC) meetings and directed the teachers and staff to come to Schools from June 5 for kick-starting the preparations.

The Department, apart from coming up with guidelines on School re-opening, issued some directions for implementation which included holding of classes in two shifts (morning and evening), breaking up of sections based on the number of students and running of Schools on alternate days.

The Department further directed Schools to start the admission process from June 8 and also to hold parent-teacher and SDMC meetings between June 10 and 12 and send feedback to the Department by June 15.

Based on the feedback, the Government will officially announce the dates of re-opening of Schools along with the necessary guidelines on  COVID-19 regulations to be followed.