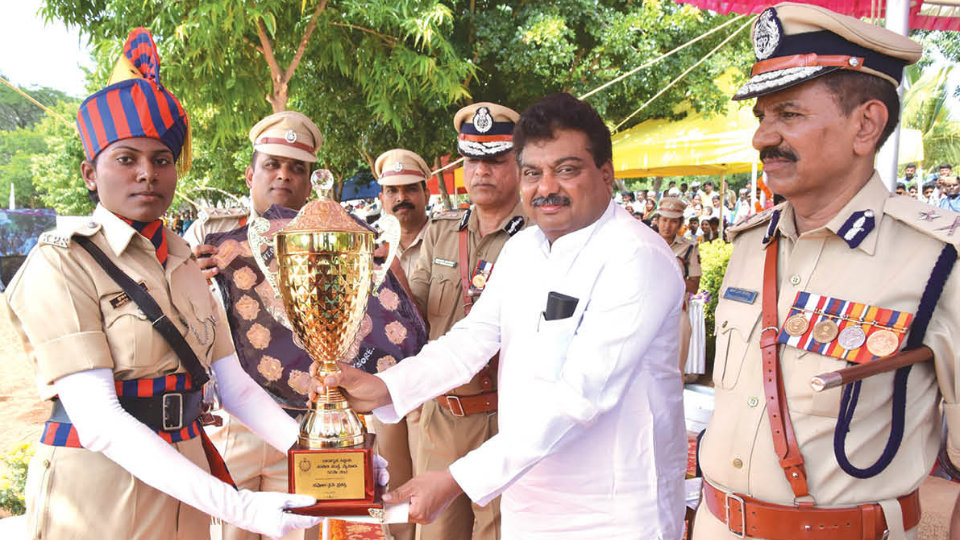 Mysuru:  Karnataka Home Minister M.B. Patil has said that the Government is mulling establishment of Karnataka Prisons Development Authority with an objective of improving prisons infrastructure and functioning.

He was speaking after receiving the Guard of Honour at the passing out parade of the 52nd batch of Women Jail Wardens at the Prison Staff Training Institute Parade Ground here this morning.

Noting that Police Personnel work over 12 hours a day toiling under the hot sun, he said that while the rest of the citizens are enjoying holidays and festivals, the Police will be out on the streets to maintain law and order and ensure the safety and security of the public.

Reiterating that the Government is determined to improve jail conditions by giving a boost to infrastructure, he said that the Prisons and Fire Departments are on the same terms with the Police Department.

Underlining the role of Jail Wardens in transforming criminals, he wished the probationers all success in their career.

Shwetha Bannappa Dalwai, who was declared the Best All Round Probationer, functioned as the Parade Commander. Home Minister presented prizes to best performers on the occasion.

A total of 170 probationers passed out,  of which four were Engineering Graduates, 24 Post Graduates, 110 degree  holders, 10 Diploma holders and 22 others.