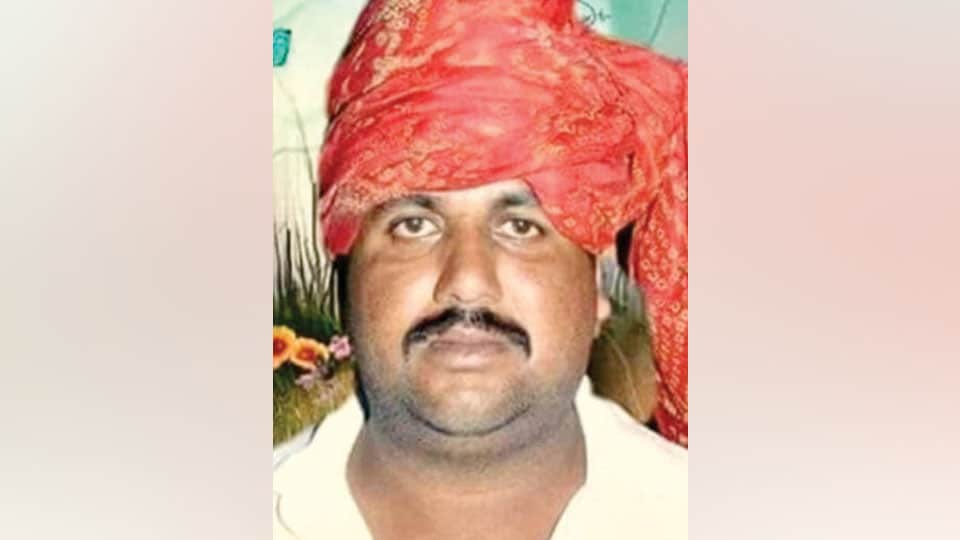 The deceased GP Member has been identified as Nagaraj (35), a resident of Kuttavadi village and a Member of Karimuddanahalli Gram Panchayat in the taluk. Nagaraj was running a shamiyana rental shop near Kendagannaswamy Gaddige.

Yesterday at about 11 am when Nagaraj was at his shop, two persons identified as Lokesh and his brother-in-law Karthik barged into the shop and brutally assaulted Nagaraj and fled from the spot leaving Nagaraj in a pool of blood. Though he was rushed to a private hospital in Mysuru, he had breathed his last.

It is learnt that Nagaraj was in love with a girl about eight years ago and had severed his relationship with her later. Later, the girl’s parents had married her off to a youth in Srirangapatna and Nagaraj too had got married with another girl and has two children.

About a month ago, the girl had disappeared from her house and her husband had suspected the hand of Nagaraj behind it and had questioned Nagaraj, who had expressed his ignorance.

Later, the girl had returned home. But the matter resurfaced, when the girl went missing again two days ago.

Meanwhile, Lokesh, who came with Karthik (the girl’s brother) to Nagaraj’s shop yesterday morning, questioned him about the girl’s disappearance to which Nagaraj again expressed his ignorance about the issue, which irked Lokesh and Karthik, who, in a fit of rage, brutally assaulted Nagaraj before fleeing from the spot.

Hunsur Circle Inspector Poovaiah said that two teams have been formed to nab the suspects at the earliest. Bilikere Police have registered a case in this regard.