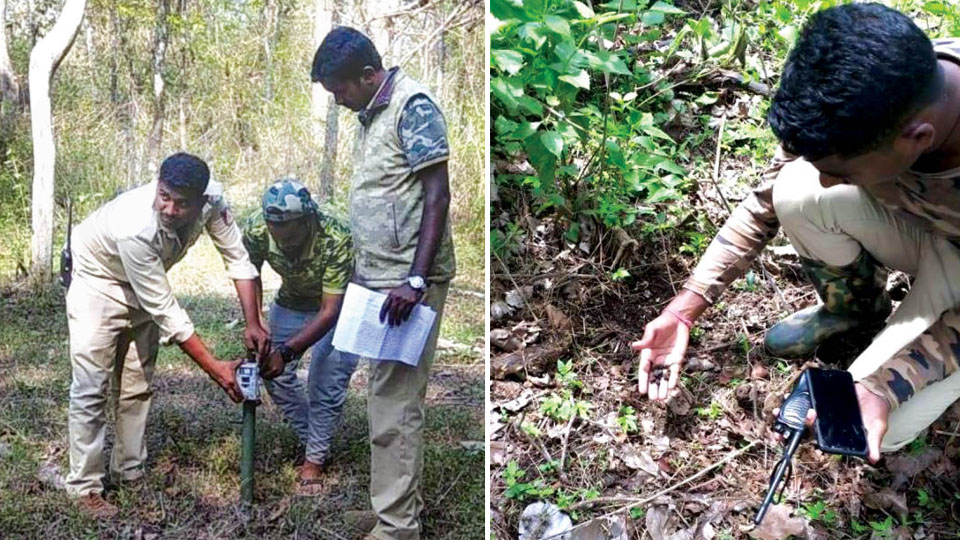 Hunsur: COVID-19 has cast a shadow on the participation of volunteers for the annual Tiger Census at Nagarahole National Park, which has commenced from May 1.

About 150 staff, including Assistant Conservator of Forests (ACF), Range Forest Officers (RFO) and Anti-Poaching Camp (APC) staff, are taking part in the annual census and they have already commenced the count of herbivorous animals and plant species through Transact Line process from yesterday, which will go on for three days.

There are eight Ranges in Nagarahole, which are divided into two blocks and in the first phase, census was conducted through camera trapping in the second block comprising Nagarahole, Kallahalli, Antharasanthe and D.B. Kuppe Ranges. Census at the first block will commence from June 1.

The Forest staff, who covered about two kilometres on foot through Transact Line at all Beats in four Ranges, collected details of preys such as Spotted Deer, Bison, Barking Deer, Sambar Deer and other herbivorous animals besides collecting data on plant species. The findings have been documented through Ecological App.

Preparations made for National Tiger Census

During this year’s Tiger Census, along with the census of herbivorous animals and plant species, information and details of vultures, which were the theme birds during the 2019-20 Wildlife Week, would be collected.

Ranges such as Hunsur, Veeranahosahalli, Anechowkur and Metikuppe come in the first block. The second phase of the Tiger Census will begin from June 1 for which 450 cameras have been installed at various spots. Tiger Census helps in the conservation and protection of Tigers as well as help in the maintenance of the Reserve Park. —D. Mahesh Kumar, Head of Project Tiger at Nagarahole