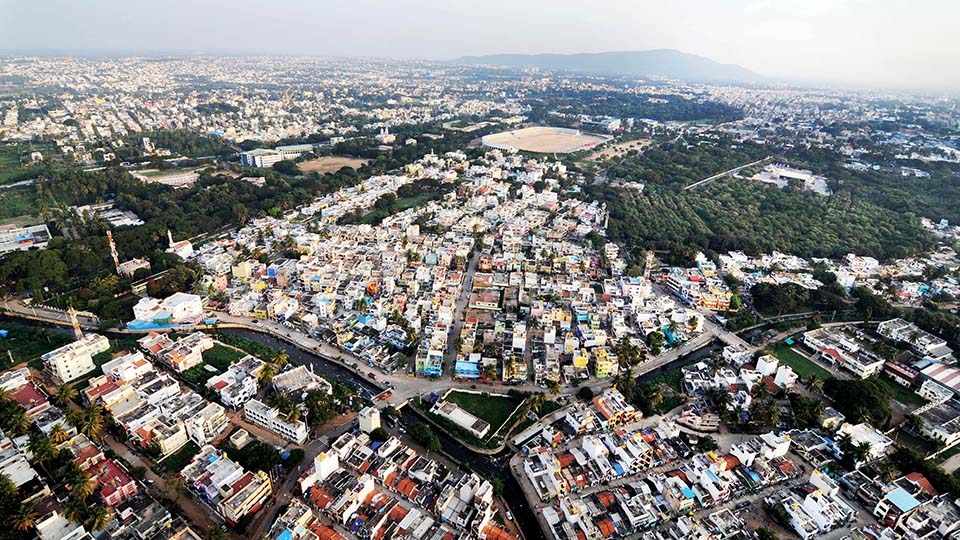 Mysuru: Years after the ball was set in motion, the concept of Greater Mysuru got a renewed push yesterday with elected representatives and officers discussing its pros and cons.

Greater Mysuru envisages inclusion of areas on the outskirts of Mysuru under the ambit of Mysuru City Corporation (MCC) and upgrading the civic body into ‘Bruhat Mysuru Mahanagara Palike’ or Greater Mysuru.

Though in the past many meetings were held and many announcements were made regarding the implementation of Greater Mysuru, it was discussed comprehensively for the first time yesterday at the Deputy Commissioner’s (DC) Office where officers and elected representatives brainstormed on the implementation, areas to be covered, governance aspects, revenue collection and routine maintenance.

The proposal was tabled by MCC Commissioner G. Lakshmikantha Reddy and it was endorsed by the elected representatives in the presence of Mysuru District    Minister S.T. Somashekar.

After deliberations, Deputy Commissioner Dr. Bagadi Gautham asked the MCC Commissioner to provide information on the Town Panchayats, City Municipal Councils (CMC) and Gram Panchayats that can be proposed under Greater Mysuru.

Decisions of the respective Town Panchayats, City Municipal Councils and Gram Panchayats on joining Greater Mysuru must also be tabled for the next level of the process.

In 2012-13, a proposal was mooted for formation of ‘Greater Mysuru’ by bringing 110 villages into Corporation limits. Presently, MCC’s jurisdiction is restricted to a 128.4 sq km area falling within the Ring Road. Several new residential layouts approved by MUDA fall outside MCC’s limits.

Survey of villages and maps

Tabling the Greater Mysuru proposal before the meeting, MCC Commissioner Lakshmikantha Reddy said that though Mysuru city has grown in leaps and bounds, and in the last 25 years, villages around the city have seen unprecedented growth. “But due to lack of centralised control, the development has been haphazard without any basic facilities. This has been a major roadblock for a planned development of Mysuru,” he said.

He proposed the inclusion of Hootagalli City Municipal Council, Bogadi, Srirampura and Rammanahalli Town Panchayats, Chamundi Hill, Alanahalli, Siddalingapura, Yelwal Gram Panchayats and Mandakalli, areas of Bandipalya and Kadakola Town Panchayats to the MCC fold as these places are adjacent to Mysuru city,  he explained.

The inclusion of these areas to the MCC will enable planned development and also will help revenue augmentation, he proposed. He said that the MCC was doing a survey of villages and maps are being drawn to comprise those areas. Except for Chamundi Hill and

Siddalingapura Gram Pan- chayats, no other urban local body has an elected administration and as such, legal and administrative processes have to be followed, he noted.

The boundary of MCC was fixed on Oct. 18, 1995 according to Karnataka Municipal Corporation Act 1976. Of the 41 villages identified to be included in MCC, 11 have already become a part of MCC with the latter providing drinking water facilities. They are: Chamundi Hill, Kesare, Kurubarahalli, Hebbal, Dattagalli, Alanahalli, Srirampura, Metagalli, Rammanahalli, Hootagalli and Hinkal, he said.

READ ALSO  Family living in a toilet gets house

He said that as more areas including vast industrial areas will be included in the MCC, the civic body’s income too will go up and the areas too will see planned development. He stressed the need for a Peripheral Ring Road (PRR) and suggested that MUDA must draw up plans for the PRR. As the PRR is bound to connect to many national highways, the possibility of Centre granting funds is more, he opined.

Thanking MP Pratap Simha for pushing Greater Mysuru concept that led to a fruitful discussion, MLA Ramdas said that the proposal was first floated by him 10 years back when he was the District Minister.

“I had proposed the idea and it was included in the Comprehensive Development Plan (CDP) too. After two years of successful efforts, we were able to convince many Panchayats around Mysuru to join Greater Mysuru. Unfortunately some people launched a smear campaign against me and alleged that I have certain personal interest in Greater Mysuru. As a result, 18 Gram Panchayats opposed the move,” he said.

He expressed happiness that the project has got a renewed push now and it will lead to the overall development of Mysuru.

Blueprint to be prepared: Minister

Speaking to reporters after the meeting, Minister Somashekar said that the proposal was endorsed by the elected representatives and said that the move will not only help an estimated 1.54 lakh people get proper basic amenities but also bring additional revenue to MCC.

The officials have been asked to prepare a blueprint for the development of Mysuru by gathering more information about the CMC, Town Panchayats and Gram Panchayats.

The Government will take a suitable decision in this regard after completing the due formalities, he added.

2 COMMENTS ON THIS POST To “Greater Mysuru gets renewed push”