Home » News » GST confusion in Mysuru: While some conduct business with GST, others do business as usual 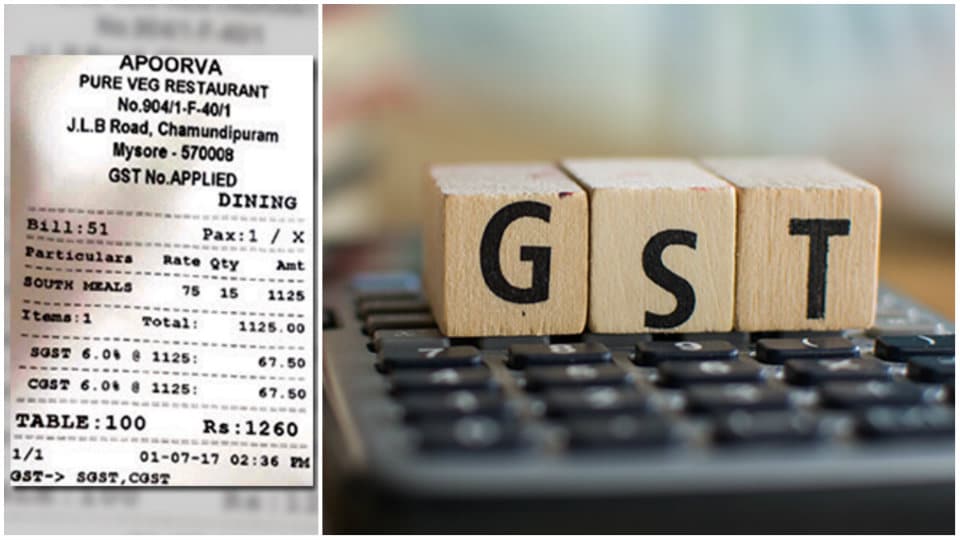 GST confusion in Mysuru: While some conduct business with GST, others do business as usual

Mysuru: The confusion over the newly-implemented Goods and Services Tax (GST) in the country can be seen in Mysuru too, with many traders seeking the help of Chartered Accountants to understand GST.

While most of the malls, hotels, medical stores and other business establishments are giving bills by implementing  GST, which included Central GST and State GST, some traders are selling their existing stock at old rates and old method as they are yet to get clarity on GST.

Hotels were seen charging 6%, 9% and 12% GST to their customers and were ggiving billsaccordingly.

Mysuru Hotel Owners Association President C. Narayanagowda said that restaurants, which have a turnover of over Rs. 20,000 a day, have been charging 12% under CGST and SGST in their bills and added that there would be clarity on the bills in a fortnight.

Though taxes on insulin, anti-rabies injections and other life-saving drugs have been reduced by 0.5%, taxes on more than 70% of various drugs have been hiked from the existing 5.5% to 12%, tax on cosmetics has been increased from 14.5% to 28% resulting in shopkeepers stopping giving discounts on MRP temporarily.

Most of the medical stores were also giving bills by implementing GST.

A trader said that confusion is common whenever a new system is implemented and hoped to get clarity on GST in about four days. He said that the GST would help in the development of the country and urged the public to co-operate.

ONE COMMENT ON THIS POST To “GST confusion in Mysuru: While some conduct business with GST, others do business as usual”