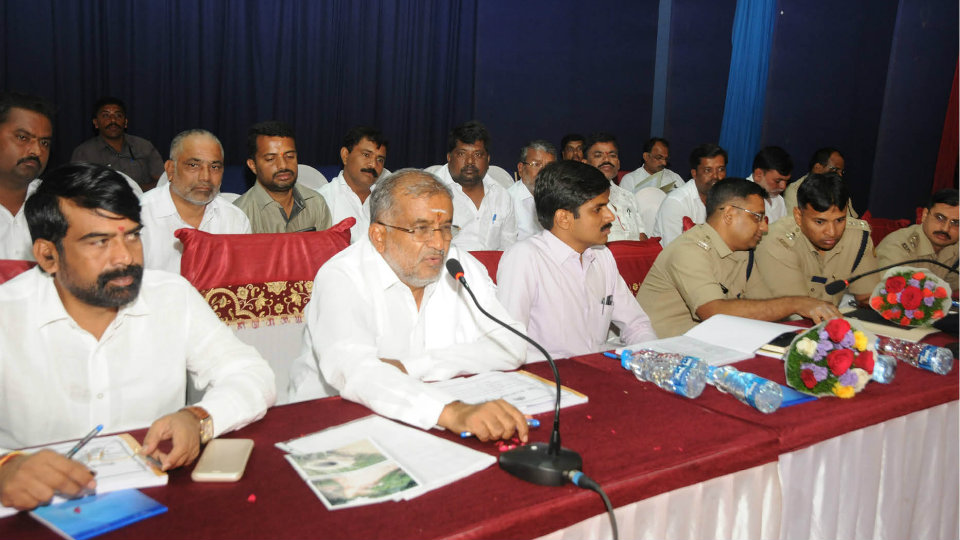 Mysuru: Drinking water woes in some of the villages came to the forefront at Chamundeshwari Assembly segment progress review meeting, chaired by Chamundeshwari MLA and Higher Education Minister G.T. Devegowda (GTD) at Senate Bhavan in Manasagangothri here this morning.

Soon as the meeting began, GTD, referring to Undavadi  Drinking Water Project that is targeted at providing drinking water to 103 villages as well as some parts of the city, said that hurdles in land acquisition had impeded the execution of the project.

Pointing out that it is a Rs.545 crore project and the Govt. has set aside Rs.50 crore in budget presented by CM H.D. Kumaraswamy (HDK) on July 5, the Minister asked Tahsildars of Mandya, Mysuru and Srirangapatna to work with co-ordination for clearing all hurdles in acquiring land necessary for the project. 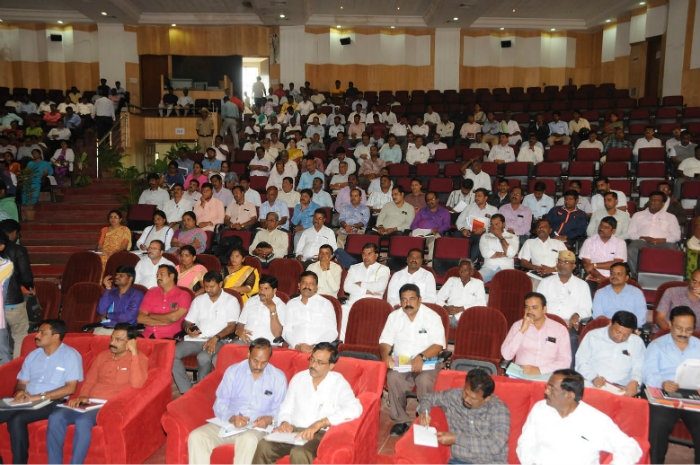 Referring to complaints about MCC refusing to register khatas in Vijayanagar 3rd Stage, GTD wondered why the MCC was reluctant to issue khatas even after MUDA handing over the locality to MCC. He instructed the MCC officials to take steps for issuance of khatas and thus provide relief to the residents.

On reports that breaking of queue had become a regular feature at Chamundi Hill Temple, especially on Ashada Fridays, the Minister directed the temple authorities to ensure discipline among the devotees.