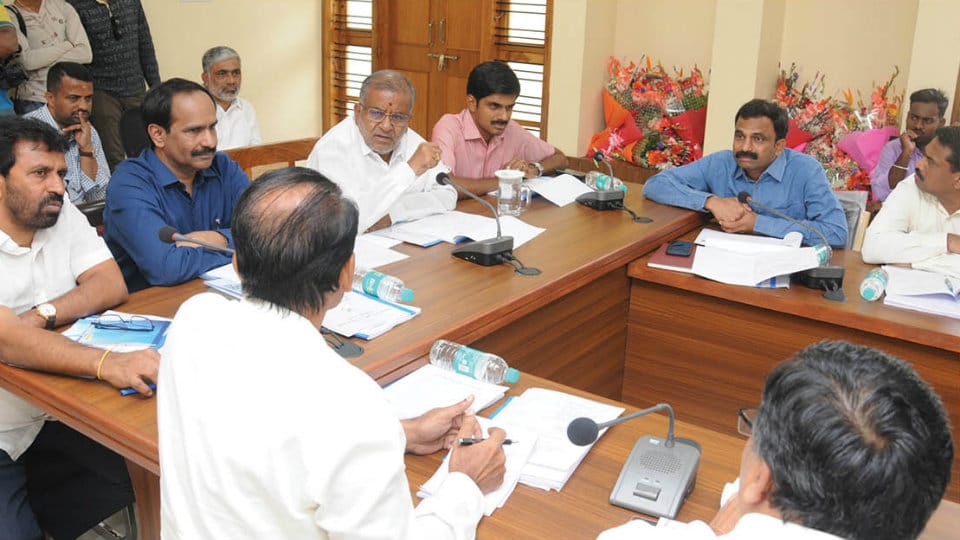 Mysuru: With the onset of summer just a couple of months away, District in-Charge Minister G.T. Devegowda (GTD) held a meeting with the officials concerned at Jaladarshini Guest House              here yesterday.

At the meeting, the officials opposed the Minister on the measures taken to ensure proper drinking water supply to the city and the status of works being taken up in connection with drinking water projects.

Addressing the officials, G.T. Devegowda said that he would propose the Government to set up a separate Water Board for the city on the lines of Bangalore Water Supply and Sewerage Board (BWSSB) in Bengaluru.

Pointing out that the ambitions Unduwadi drinking water project has received budgetary sanction, Devegowda said that he would initiate measures for getting Cabinet approval for the project at the earliest.

Calling for expediting the upgradation works of Hongalli and Melapura Pumping Stations, the Minister directed the officials to workout plans for ensuring that there will be no drinking water problem in city, both in the short and long terms.

The project, designed to meet the drinking water requirements of the city for the next 50 years, was mooted almost 10 years ago. But the project hit a roadblock as the proposed land had been allotted to a realtor by the Karnataka Industrial Areas Development Board (KIADB).

However, over 120 acres of land required for the project has been demarcated and will be transferred to KUWS&DB, which will implement the project.

The Hale Unduwadi Project has been designed to supply an additional 150 MLD of water daily in the first phase and this will be over and above the nearly 240 MLD of water which is already being supplied to the city.

The second phase of the project will shore up the supply by an additional 150 MLD which will take the daily supply to nearly 600 MLD to meet the projected requirement of the city in the future.

KUWS&DB Chief Engineer K.P. Jayaram said that the project is estimated to cost of Rs.545 crore and this includes one-time cost of land acquisition and pipeline works. No fresh pipelines need to be laid during the second phase, he added.

The site for the project is located about 4 kms upstream of the KRS Dam, where the availability of water is assured throughout the year even during the   lean season.