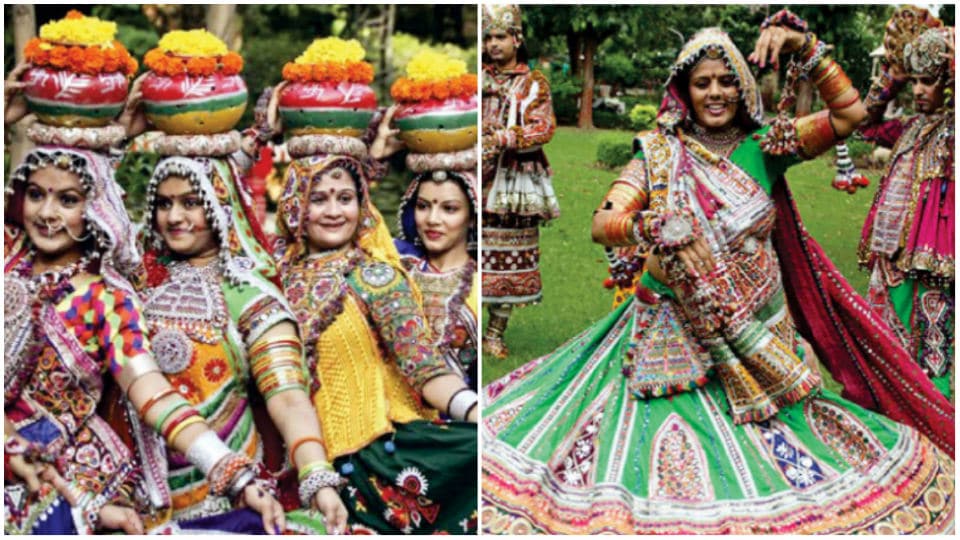 Mysuru: Here is an opportunity for Mysureans to have a glimpse of Gujarat traditional dance; the artistes who have come for Gujarat Utsav which is going on at JSS Urban Haat in Hebbal here since June 29 will be presenting the traditional Gujarati dance ‘Garba’ on July 6 from 6.30 pm to 9 pm.

Over 40 artistes will be performing for ten different tunes. Garba is a dance form originated in Gujarat, performed during Navaratri — a nine-day festival of Goddess Durga.

Garba dance is usually performed in a circle around a big lamp or the statue of Goddess Shakti. It is often confused with Dandiya, which is another dance form of Gujarat performed during Navaratri.

The major difference between the two dance forms is that Garba is performed in circular movements with hands and feet, while Dandiya is played with colourful sticks.

Another perspective on the symbolic form of Garba is that as the dancers move around in circles making circular movements with their hands and feet, it represents the circle of life, which moves from life to death to rebirth, leaving only the Goddess Durga unmoved, unchanging and invincible.

While the dancers perform in colourful costumes to the rhythm of a dhol or a drum, the men and women look vibrant and full of life in their attires.

Women wear Chaniya Choli, a traditional Gujarati dress with three piece outfit and men who perform wear Kediyu, a short round kurta along with Kafni pajamas along with Pagdi on their head. The modern day Garba is actually a fusion of Dandiya Raas and Garba. The dance is famous not only in India but also in the US, UK and Canada.

Interested may register their names at the earliest. The entry is restricted and it is based on first-cum-first-serve basis.