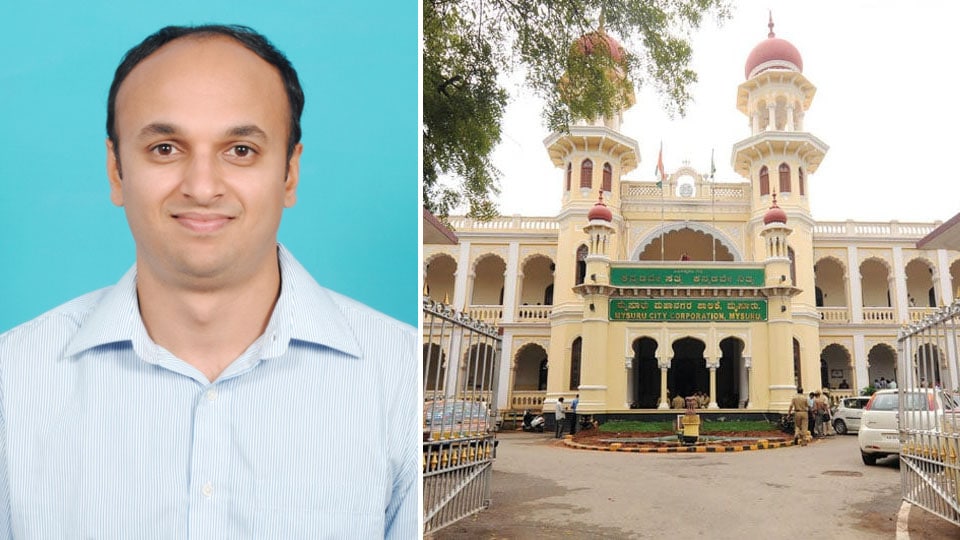 Mysuru: The Government has appointed IAS Officer Gurudatta Hegde as the new Commissioner of  Mysuru City Corporation (MCC). MUDA Commissioner P.S. Kantharaju was holding additional charge as MCC Commissioner after Shilpa Nag went on a leave last month. Hegde is a native of Dharwad and was awaiting a posting.

His appointment comes after Mayor Pushpalatha Jagannath made a request to Chief Minister B.S. Yediyurappa appealing him to make appointment to the post at the earliest as Dasara was fast approaching.

His last post was Chikkaballapura ZP CEO. In Mysuru, Hedge faces many challenges with Dasara less than 45 days away.

As Commissioner, Gurudatta Hedge has many issues before him, which include taking a decision on the fate of Devaraja Market and Lansdowne Building, revenue generation for the civic body and getting back the Cleanest City Tag, among other key issues.