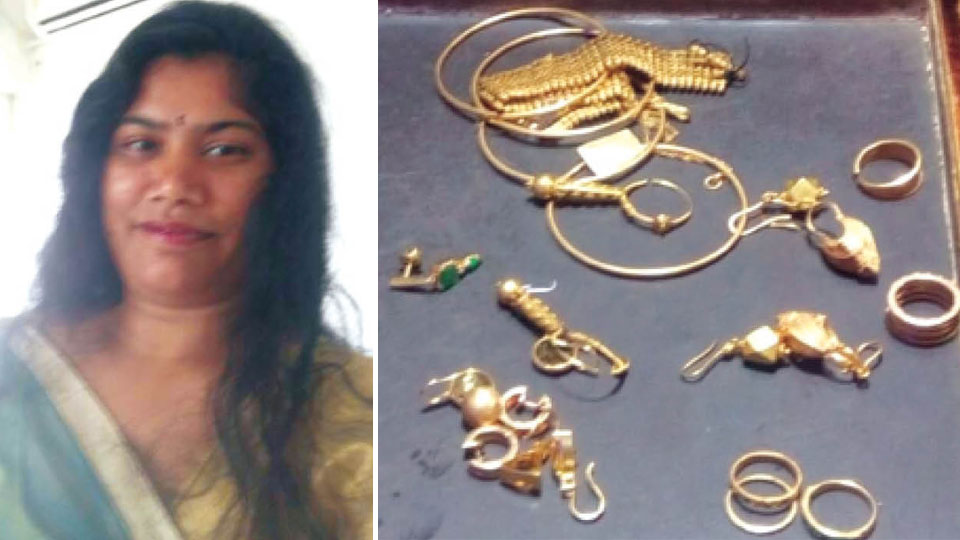 Mysuru: A 30-year-old woman of H.D. Kote, who was working as a maid at Col. (Retd.) K.K. Puri, nephew of late bollywood actor Amrish Puri in Mumbai, has been arrested by the Mumbai Police with the help of local Police on charges of allegedly looting gold and diamond ornaments worth about Rs.30 lakh from the house, where she was working as a maid.

The arrested has been identified as Tulasi, a native of H.D. Kote. The Mumbai Police, who interrogated her, have recovered some of the stolen jewellery worth about Rs.29.75 lakh, which was pledged at Mahaveer Pawn Broker shop at Hand Post in H.D. Kote taluk in different names and have made the pawn broker as a witness.

The Mumbai Police, after obtaining permission from the Magistrate, have taken Tulasi to Mumbai for further investigation.

Tulasi, who was married to a person from H.D. Kote, was living separately since a few years and had approached an agent from Mangaluru to get her a job. The agent about two months ago took Tulasi to Mumbai and got her a job as a maid at the house of Col. K.K. Puri. 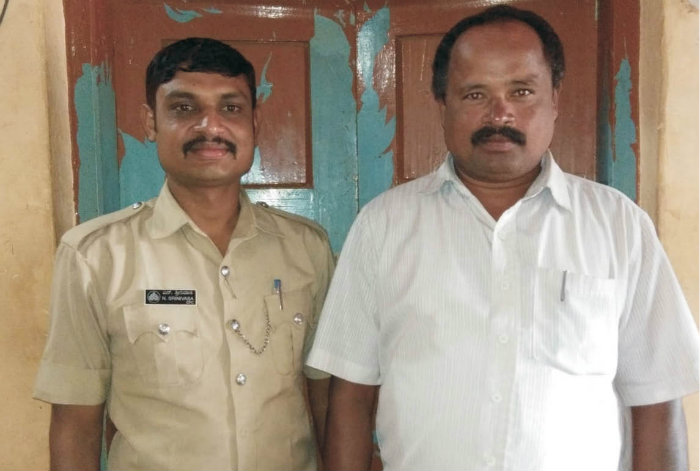 But Tulasi quit the job about 12 days ago telling the house owner that one of her relatives was serious and left the house all of a sudden, which gave rise to suspicion. The house owner, who returned home and examined the jewellery kept in the almirah, found gold and diamond jewellery worth about Rs.30.75 lakh missing and immediately lodged a complaint at Mahim Police Station in Mumbai besides expressing doubts on Tulasi.

Mahim Police, who searched the house of the Col. K.K. Puri, found a bag containing clothes of Tulasi, which she had left behind but there was no clue about her address. The Police then collected Tulasi’s mobile phone number and began to investigate. But Tulasi’s phone was switched off.

When Tulasi’s phone was switched on after three days, the Mahim Police traced her mobile phone location at some part in H.D. Kote and a Police team consisting of Inspector Praveen, Sub-Inspector Sawath and a lady staff, came to H.D. Kote Police Station on July 27, apprised the H.D. Kote Police about the case and sought their help in nabbing Tulasi. 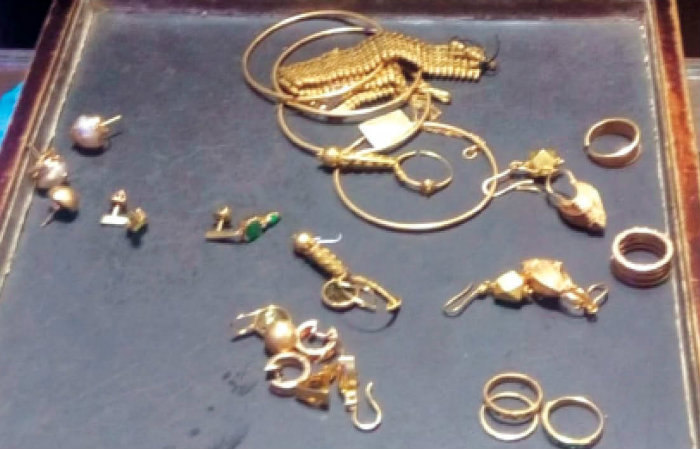 Following instructions from senior officials, H.D. Kote Police Head Constable Narayana and Constable N. Srinivasa, along with Mumbai Police, launched a hunt for Tulasi. On learning that Tulasi was in Hadanur village in H.D. Kote taluk, reached the village and enquired with the villagers about Tulasi but got negative replies. They then got information about a house, which would be bolted from inside during daytime following which the Police team kept a watch on the house.

It is learnt that Tulasi, who would remain inside the house during daytime, used to go to Mysuru after dark and return before sunrise. The Police team, who watched the movements of Tulasi for two days, finally took custody of her on Sunday from the house.

During preliminary enquiry, Tulasi, who confessed to the crime, told them that the jewellery was pledged at Mahaveer Pawn Broker shop at Hand Post. The Police team, based on the information provided by Tulasi, went to the pawn broker shop and recovered five pairs of diamond earrings (each pair cost about Rs.1.30 lakh), one gold bracelet worth about Rs. 5 lakh, 12 pairs of gold bangles (each pair cost about Rs.50,000), five gold finger rings (each ring cost about Rs.25,000) and two gold chains worth about Rs. 3 lakh.

The Mumbai Police, who produced Tulasi before a Magistrate, sought permission to take the accused to Mumbai and have taken Tulasi to Mumbai for further investigation.