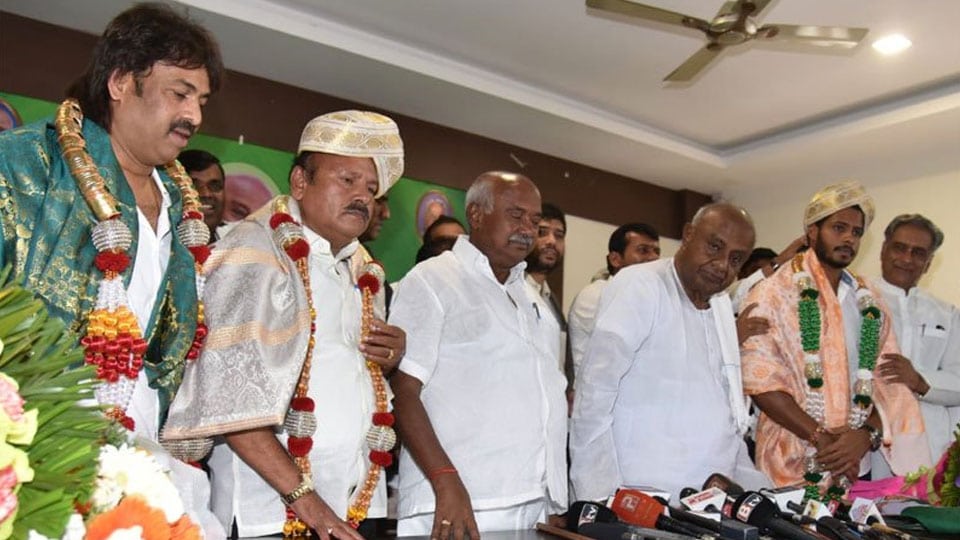 Bengaluru: Karnataka’s Regional Party Janata Dal-Secular (JD-S) that is sharing power with the Congress in the State today made some major changes in its organisational set up even as Chief Minister H.D. Kumaraswamy is away in the US on a private visit.  JD-S supremo and former PM H.D. Deve Gowda this morning appointed Dalit leader H.K. Kumaraswamy as Party’s State President and grandson Nikhil Kumaraswamy (son of CM H.D. Kumaraswamy) as Party’s Youth Wing President at a function held at Party Office (J.P. Bhavan) in Bengaluru.

It may be recalled, Nikhil had suffered a humiliating defeat at the hands of independent Sumalatha Ambarish in Mandya while Madhu Bangarappa lost to B.Y. Raghavendra of the BJP from Shivamogga seat in the recent Lok Sabha elections.

ONE COMMENT ON THIS POST To “H.K. Kumaraswamy is new State JD-S President; Nikhil is Youth Wing President”