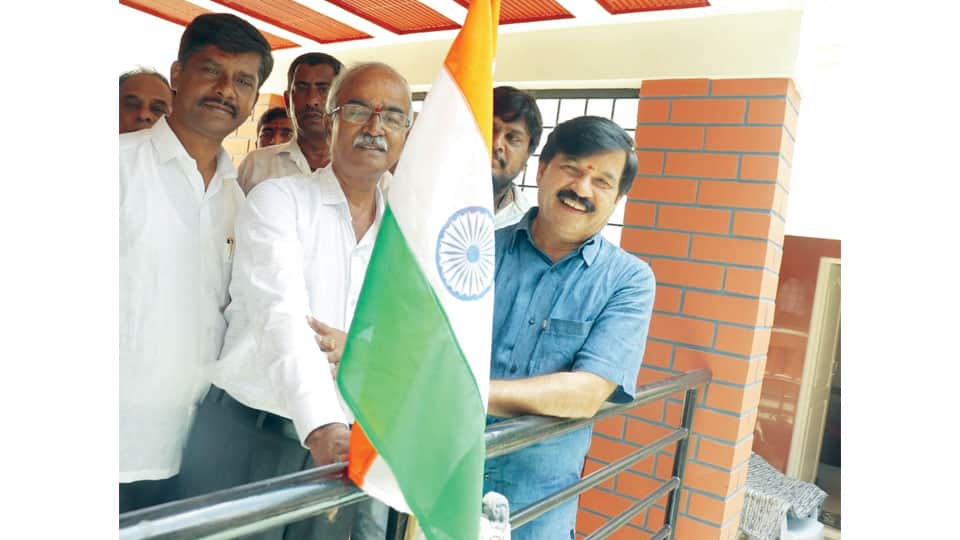 Bengaluru: The State BJP has set a target of hoisting the Tri-colour atop 75 lakh houses across the Karnataka as part of ‘Har Ghar Tiranga’ campaign launched by the Centre to celebrate the 75th year of Independence.

Announcing this at a press meet here recently, State BJP General Secretary N. Ravikumar said the National Flag will be hoisted atop the houses from sunrise on Aug.13 till sunset on Aug.15.

Pointing out that the BJP has plans to hoist the flag in at least 35,000 houses in each of the 224 Assembly segments of the State, he said that Prime Minister Modi has called for hoisting flags atop more than 20 crore houses in the country and accordingly, the State BJP has set a target of 75 lakh houses in Karnataka.

He said that a massive Tiranga Yatra will be held at 75 taluk centres across the State, in which thousands of party workers will take part. Also, BJP Yuva Morcha will take out Cycle Jathas and Bike Rallies at 175 places, he said adding that Mahila Morcha will also take out Tiranga Rallies at 175 places, in which the portraits of Kittur Rani Chennamma, Rani Abbakka, Onake Obavva and other women warriors will be carried.

Ravikumar further said that  events like Patha Sanchalana, Prabhat Pheri, Marathon, Walkathon, Cyclothon and Bharat Matha Puja will be held from Aug.10 to 12 as a prelude to the Independence Day celebrations.

It has also been planned to distribute 75 books on Indian independence that were released during ‘Amrutha Bharathige Kannadaarathi’ programme of the State Government, to  educational Institutions and members of the public, he added.