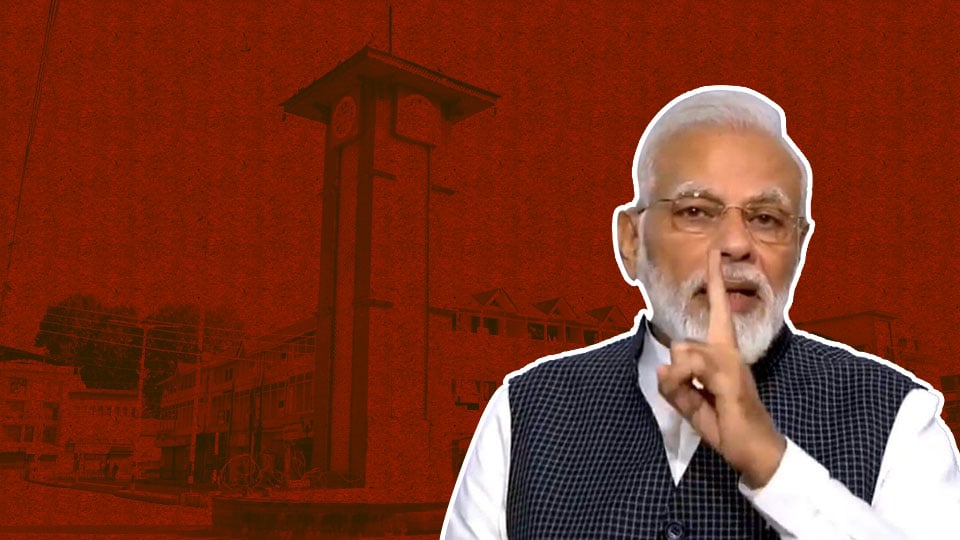 Do we need a Holocaust Museum?

The morning of Monday, 5th August, 2019 will be remembered as the Red Letter Day, as the historic day of Independent India. If you wonder why, the answer is in the historic decision taken by the BJP-NDA Narendra Modi Government on that Monday morning in the Rajya Sabha. That was the morning when the Modi Government finished the unfinished job of Aug. 15, 1947 partition of India into Muslim Pakistan and Secular India.

This responsibility of securing to divided new India and its people what is their due — under the Constitution of India, namely, Democracy, Secularism and Equality — irrespective of religion or region, has always been the burden of the Government in power. Sadly, with regard to J&K, this responsibility was never discharged by successive Governments since Independence, though 72 long years have passed into the dark recess of history. Even Atal Bihari Vajpayee’s BJP-NDA Government was, sadly, a mirror image of the earlier Congress Governments.

J&K has always been given a special status under the Temporary Provision of Article 370 and Article 35A for the reason that it was a Muslim majority State. Nobody seems to have realised that in a Secular India the question of religious majority and minority status of a State does not find validity under the Constitution. But an exception was made under the Temporary Provision of Article 370 which the successive rulers took political and financial advantage treating it as sacrosanct. Instead of annulling it for the sake of unity and integrity of India, successive Union Governments turned a Nelson’s eye on it.

This Temporary Article 370 and also Article 35A, in fact, were the weakest links in the chain of Articles our Constitution is made of. Has it not been said that the strength of a chain lies in its weakest link? Now that these two weak links have been removed, the Constitution is doubly strengthened. For the first time, I personally feel I am living in a United India after it was truncated in 1947.

Muslim ‘leaders’ in Kashmir were making all kinds of demands like more autonomy, independence and a section wanting to accede to Pakistan. All because there is Muslim majority. Can the majority Hindus in other States claim preferential treatment over the minority Muslims on the same skewed logic?  Sadly, when the Hindu Kashmiris in the Valley were driven away by the Muslim militants neither the successive Central Governments nor the State Governments could do anything to keep them in their own land of birth.

Be that as it may, I am musing on this issue because of the increase in the number of messages I started getting on the social media. Last evening, I received a forwarded WhatsApp video link which the sender wanted me to watch and listen. The headline itself was quite loaded I thought — ‘Confessions of the last Indian Hindu.’ It was by Shefali Vaidya delivered sometime in 2017 but put to circulation probably now for its topicality in view of the abrogation. She is quite articulate in her harangue in English and the subject was about how Hindus were treated by Muslims,  sometimes with a little help from the fellow Hindus, in different parts of the country and at different times of history. A few examples may suffice to understand her feelings about the way her own people, Goud Saraswat Brahmins (GSB) and other Hindus were treated for centuries past by the Muslim rulers.

As we know, GSBs claim their roots, as a racial people, to Kashmir Valley. But, following Muslim occupation they were given three options  — of converting to Islam or to get killed or to leave the Valley. Naturally, majority of them decided to leave their hearth and home and moved Southwards. She then talks of how after 1947, Kashmiri Hindus were forced to flee likewise and the successive Governments didn’t do anything saying it was Kashmir’s problem.

She then talks of Tipu Sultan, whose birthday is being celebrated in Karnataka since 2013 when Siddharamaiah became the Chief Minister saying he was a great patriot when majority of people considered him a tyrant who indulged in conversion and loot. But, Hindus in other parts of India thought it was not their problem, that it was Karnataka’s problem!

She also talks of ‘Love Jihad.’ When in West Bengal the immersion connected with Durga Puja was banned, Hindus felt it was a Bengal problem and didn’t protest.

Listening to her video, I thought her inspiration for that kind of narration came from a book written by a Jew which I happened to read many years ago and dealt with the same problem that she mentions about Hindus. I quote the text from the scrap book I have maintained:

First they came for the socialists, and I did not speak out — because I was not a socialist.

Then they came for the Jews, and I did not speak out —because I was not a Jew.

Then they came for me — and there was no one left to speak for me.

Having said this, the most purposeful suggestion that came from Shefali Vaidya relates to a Museum to be set up to commemorate what she calls the Hindu Holocaust. Probably, she got inspiration from Meenakshi Lekhi, a senior Supreme Court Advocate and BJP MP, who had tweeted on June 28, 2018 as follows:

“Holocaust Museum in Berlin to remind people of such dangers for all times to come. Wish we had a similar Museum in Delhi to remind people about the sins of Emergency. Which saw breakdown of Constitution, murders, nasbandis, jailing political opponents…NEVER AGAIN.”

According to Shefali Vaidya, we (read Hindus) need a Museum like this to honour the Hindu Holocaust. Documenting every case of Hindu genocide from the skull tower of Khilji to Aurangzeb excesses, to the Goan Inquisition….to the partition slaughter to the Kashmiri Pandits’ exodus.

This takes me to my own visit to the unique Holocaust Museum and Memorial in Berlin (see pic. above), Germany, in the year 2017. I think, reproducing what I had written in my Abracadabra dated Oct.26, 2017 will be eloquent enough to express my feeling and opinion:

We took a drop at the Holocaust Museum and the Memorial to the murdered Jews of Europe — a unique Memorial known as Field of Stelae (an upright stone slab). It is like a maze. There are 13 pathways which are wheelchair-accessible. The books, literature, cinemas about Holocaust and the persecution of Jews during Hitler’s rule were mostly written and produced by Jews, a race very intelligent and creative. Naturally, there could be exaggeration, I thought. However, after visiting Dachau in Munich I changed my opinion. About it later.

The World War II and the German Government’s conduct towards its own citizens under Hitler, specially the minorities — Jews, Sintas and Roma — and the way they were persecuted should be a lesson to all the Governments across the world. I was wondering why in Hitler’s scheme of persecuting minorities, Muslims were not mentioned. Could be, their number was minuscule and presence negligible. Could be also for the reason Turkey remained (wisely) neutral between both the Axis and the Allies until it saw victory for Allies and (again wisely) joined the Allies in      February 1945, just before the war ended. Good. May be, that is the reason Muslims don’t figure in the evil design of Hitler like what he did to the Jews.

Jews were persecuted in every way possible, apart from Hitler’s “final solution” for Jewish problem (if it was a problem at all). For example, from 1st April 1933, Jewish shops should not be entered by Germans by race. Hitler’s private force called SA would put up posters: “Germans do not buy from Jews.” Or “Germans buy only at German shops.” Germans abroad were also asked to boycott Jewish shops. The Jewish manufacturing companies were also threatened. However, bread is more important for a human being than pride. The campaign was stopped when it was found people did not take part in the boycott.”

It never occurred to me even after seeing the Jewish Holocaust Museum and Memorial in Berlin that Hindus of India too will need one such Museum, considering the human massacre and the holocaust Hindus in India had suffered over centuries till we got Independence in 1947. Now, after reading Meenakshi Lekhi’s tweet and watching Shefali Vaidya’s video, I guess they have a point.

10 COMMENTS ON THIS POST To “Has Modi found Final Solution to Kashmir ?”