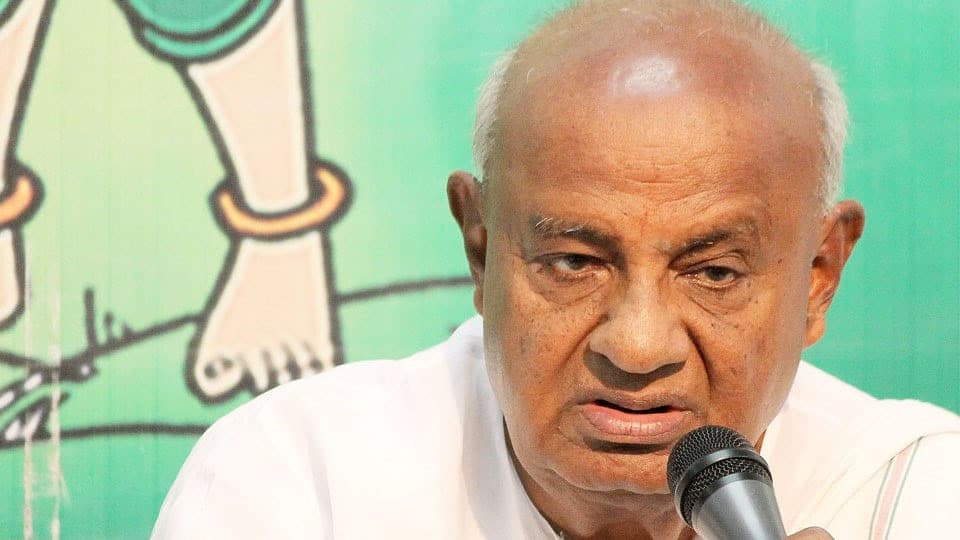 Bengaluru: The transfer of Hassan Deputy Commissioner Rohini Sindhuri Dasari has sparked a political slugfest with Janata Dal (Secular) Supremo H.D. Deve Gowda accusing Hassan District in-charge Minister A. Manju of getting her transferred for not allowing “cuts” in civil works taken up for the Mahamastakabhisheka event in February.

Speaking to reporters in Bengaluru yesterday, Gowda said that Manju had demanded Sindhuri’s transfer as she had tried to curtail financial irregularities and misappropriation of funds. He said that he would write to President Ram Nath Kovind and bring to his notice the bad precedence set by the Government. Gowda said that he would boycott the inaugural ceremony of Mahamastakabhisheka on February 7. “I will not share the dais with this Chief Minister Siddharamaiah now or in future. This is one of the worst Governments I have seen,” he said.

“It is a shame that the Minister (Manju) wanted a percentage even in civil works worth crores of rupees taken up as part of this holy event. Sindhuri’s predecessor too was met with a similar treatment. If officers don’t fall in line, they are shunted out in two or three months. Can you call this a Government?” he said.

He accused that Manju, expecting illegal gratification, had ensured that the scaffolding and road construction works were transferred to Karnataka Road Development Corporation Ltd. (KRDCL) from Public Works Department (PWD).

H.D. Deve Gowda Hassan DC Rohini Sindhuri Dasari
I am the reason for her transfer: B. Shivaram
State asked to put on hold transfers of three DCs