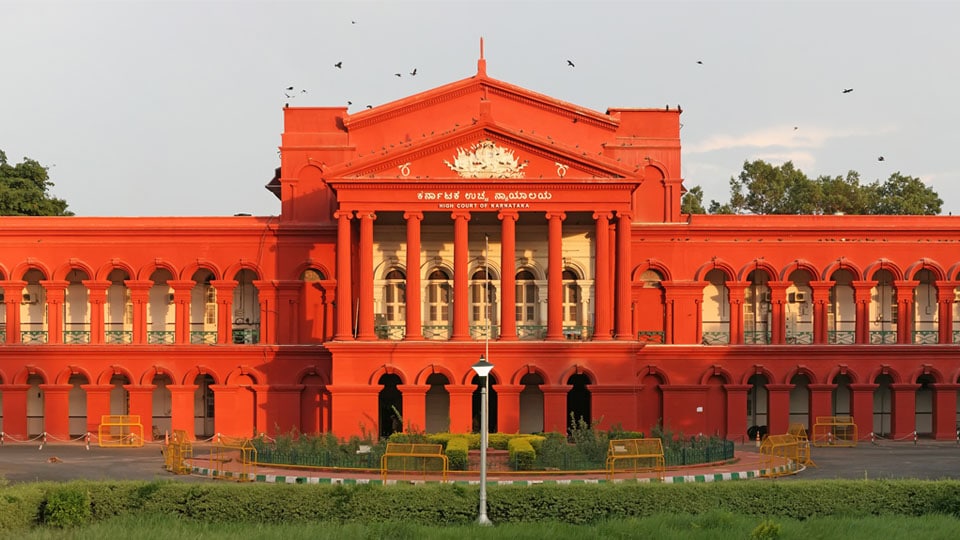 There are vast lands in the area where the owners got the title deeds from the Maharajas of Mysore as royal gifts and now their descendants have approached the Court. Many people who have got land gifts from the Maharajas have built houses on the land and many of them have sold the lands to other private parties.

The issue reached the Court as eight years back the lands were declared as B-Kharab (Government land) by the then Mysuru Deputy Commissioner. Questioning this order, several land owners had approached the High Court terming the DC’s notification illegal as the lands were in no way owned by the Government.

The lands have been gifted by the Mysore Maharajas to the family elders and the DC’s B-Kharab orders violated the rights of the owners, the petitioners contended. Arguments have been heard and completed and Justice Sunil Dutt Yadav is expected to pronounce the verdict through video-conferencing at 5 pm.

Meanwhile, Krishnaraja MLA S.A. Ramdas has said that the High Court verdict on this issue will not have any bearing on the Government order to declassify the B–Kharab classification on over 205.09 acres of land in Kurubarahalli Survey No. 4, 105 acres of K.C. Layout and 44.20 acres of J.C. Layout (354.29 acres) under Alanahalli Survey Number 41. These lands will be freed from B-Kharab classification and will be handed over to Mysuru Urban Development Authority (MUDA) free of cost, the MLA said.

“Even if the High Court verdict comes in favour of the Government or the landowners who have got properties from the Mysore Wadiyars, it will have no impact on the other B-Kharab issue in Siddarthanagar, Kurubarahalli, K.C. Layout and J.C. Layout. No case is pending in the High Court regarding these lands and the Government can pass the order and transfer the land to MUDA as these layouts were formed during the administration of the earlier City Improvement Trust Board (CITB),” Ramdas said.