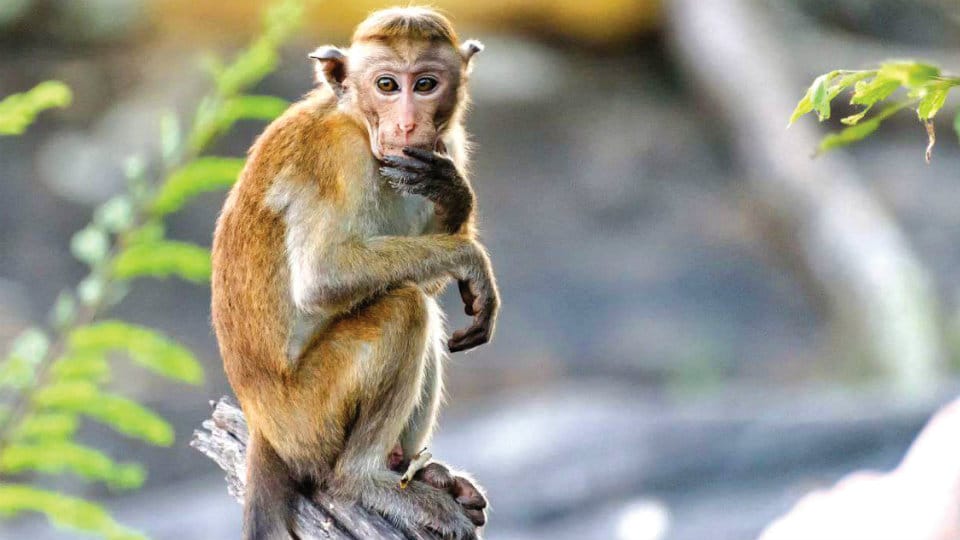 Mysuru/Mysore: After several cases of Kyasanur Forest Disease  (KFD), also known as ‘Monkey Fever,’ were reported from areas bordering Manandavadi-Wayanad areas in Kerala, the Mysuru District authorities said they have taken several precautionary measures to stop it from spreading.

It is known as ‘Monkey Fever’ as tick-borne carriers of the virus affect monkeys in an area first leading to their deaths. Humans living in the vicinity or passing by on forest trails become easy victims of the ticks that fall off the dead monkeys.

There is no treatment for the disease which has a casualty rate of between 10 and 20 per cent and the victims can only be treated symptomatically for the high fever and severe body ache that accompanies the onset of the disease. Thus, villagers living in and around the forests are advised to be cautious and apply tick repellents generously before they head into the forests.

Though KFD is relatively new in the area yet, last year in January two people in neighbouring Kerala were reported to have contracted the disease. These two people had visited a tribal hamlet in the area bordering H.D. Kote taluk.

The Monkey Fever cases are usually reported from Shivamogga district and some suspected cases had also been reported recently from Chikkamagalur. The two recent cases of KFD in Kerala had led the health authorities to step up surveillance against the viral infection and the forest authorities had been asked to report any unusual deaths of monkeys, particularly Langurs.

While similar precautions have been taken in the past as well, this has not stopped KFD from taking its share of victims annually. Epidemiologists who have been involved in studying the disease over the past six decades have failed to find a permanent solution to this grim annual occurrence.

The health authorities from Mysuru and Wayanad had a joint cross-border meeting at Manandavadi on Feb. 29 to discuss the steps to be taken in the wake of two confirmed cases and the coordination that needs to be established for checking the further spread of the infection.

Sources in the Health Department said uncontrolled fever for over a week, severe muscle pain, skin rashes and severe cold were among the primary symptoms of KFD. If one is unable to control the fever in 3 to 4 days, it needs to be treated symptomatically like dengue.

The meeting discussed about unravelling the source of the infection besides checking any unusual deaths of monkeys, particularly Grey Langurs, on the Karnataka-Kerala border adjoining H.D. Kote taluk as abnormal deaths were considered a major evidence for authenticating the outbreak of the disease like in Shivamogga district where such deaths had been reported.

But the disease does not spread from human to human, according to Dr. Chidambara. Revenue and Health officials from Kerala also attended the cross-border meeting. The forest and the Police personnel working in the area had been asked to use tick repellents as a precautionary measure, he added.

Dr. Chidambara said a joint inter-State coordination team had been constituted for joint surveillance and preventing the disease from spreading further. Both the teams will share details as and when required to effectively handle the situation, he added.