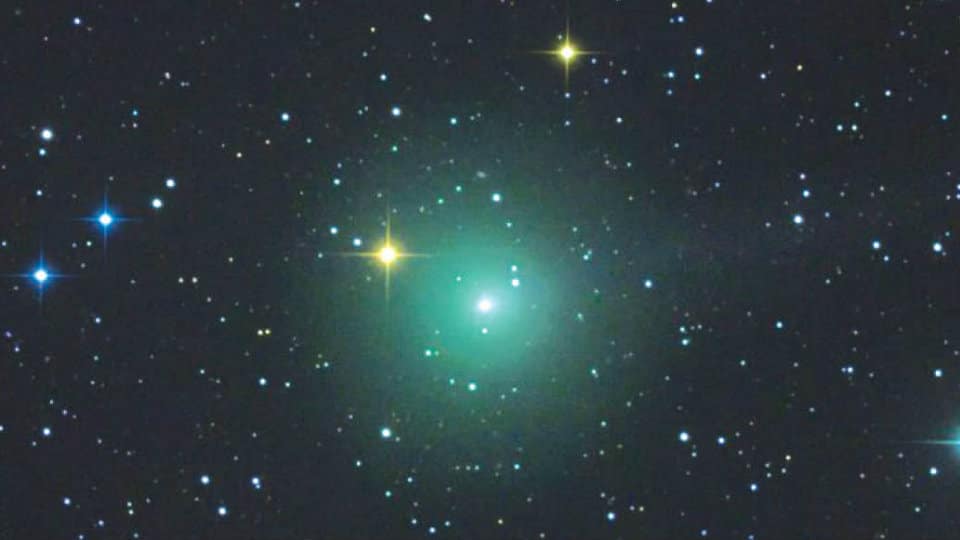 Heavenly visitor ‘iwamoto’ at its best this month

The most beautiful celestial object perceptible in the night sky is the ‘Comet.’ Most of the time, Comets remain in deep-frozen “sleep” in outer space, but occasionally they are dislodged from their orbits and fall forward the inner Solar System.

Comets are at their brightest when they are closest to the Sun, it is best to search for them in the sky directly after sunset although never when the Sun is still above the horizon. In the months of February and March 2019, fix your stares on the sky to watch the spasmodic comet ‘Iwamoto.’ Throughout February and first two weeks of March, it will be visible in the Northern Hemisphere.

A Japanese astronomer Masayuki Iwamoto discovered as new Comet in 2018 wherein the Comet is designated as C/2018 YQ1 Iwamoto. Very recently this comet had a close encounter with Earth where it maintained a distance of 28 million miles. Also, this Comet is travelling at an unassailable speed of 147,948 miles per hour relative to earth.

Presently, ‘Iwamoto’ can be seen near Cancer or Gemini constellations at a Magnitude 7 and has been getting brighter and larger since January 2019. Although it was low in December 2018, it moved rapidly and can be located very high in the evening sky. The Comet ‘Iwamoto’ is undoubtedly an evening Comet and is clearly visible from even small telescopes from 6.30 pm to 8.30 pm, provided the night sky is absolutely clear.

Professional observatories rarely have time to devote to scanning the skies in search of new objects; so amateur astronomers by using simple equipment often discover comets.

Presently the Comet could be seen in South-Eastern sky. Since Comet ‘Iwamoto’ is generally referred to as an ‘Evening Comet,’ it is usually seen at around 7 pm. Even with the help of small telescopes and binoculars, the Comet is noticeable. Presently, this Comet is visible from all parts of India. The various astronomical devices used to witness this particular Comet are Celstron Nexstar11 telescope, Meade F3.3 focal reducer, and Stellacam II video camera.

The evening sky is quite clear from moon light and is the advisable time to see this Comet by revealing the pulchritude and elegance of sky-watching.

During the first two weeks of March also, Comet will be clearly visible. The reflecting telescope with 6-inch reflector will do to witness this Comet. So enjoy watching ‘Iwamoto’ and reveal the magnificence of Astronomy.