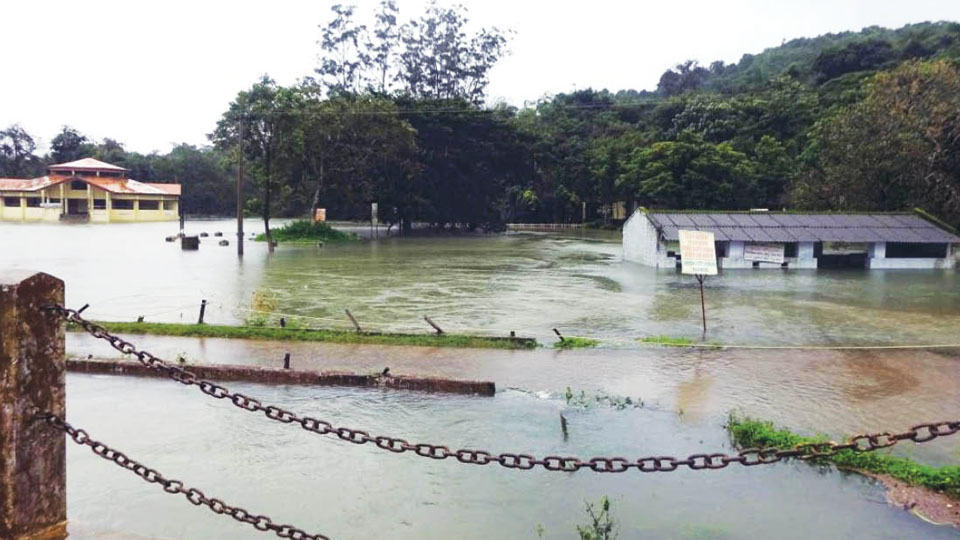 Bengaluru/ Mysuru/ Madikeri:  Heavy to very heavy rain is expected in the State including Cauvery basin, Kodagu, Malnad and coastal areas in the next 48 hours.

Meanwhile, torrential rains have resulted in many dams, including those across the river Cauvery, receiving good inflows and some reaching their full level, a top official of the Karnataka State Natural Disaster Monitoring Centre said.

“If you see the status of dams, it can be easily said that this year the level in all of them is quite satisfactory compared to that over the last 10 years,” Director of Karnataka State Natural Disaster Monitoring Centre (KSNDMC) Dr. G.S. Srinivasa Reddy said.

Over the last fortnight, there has been heavy downpour in many parts of the State, especially in the Western Ghats, the originating point of many rivers, he said. Dr. Reddy said if the flow in the Cauvery remained the same for the next four or five days, the KRS dam would attain its full level by the weekend.

In Kodagu, rain has not abated and it has been pouring since last week. Today too, the District Administration has declared a holiday to schools and colleges as a precautionary measure. Bhagamandala has been submerged and boating facility has been provided at Ayyangeri for the people to move from one side to other.

Kodagu district received 87.30 mm till 8.30 am yesterday and the cumulative rainfall since January is 1,855.98 mm as against 821.09 mm received during the corresponding period last year. Mysuru has received 195.4 mm of rainfall from June  this year.

Heavy rain in Manandavadi in Kerala which is the catchment area for the Kabini has led to an increase in the inflow into the Kabini reservoir at H.D. Kote. The rate of inflow was 50,000 cusecs this morning and the outflow too stood at 50,000 cusecs to maintain the reservoir level. Today’s water level at Kabini was at 2,282 feet as against the maximum level of 2,284 feet. For the record, all water released from Kabini flows to Tamil Nadu via Biligundlu Cauvery Measurement Point.

As there is a heavy discharge of water from Kabini, most of the low-lying areas have been submerged and most of the temples on the banks of River Kapila have been declared out of bounds for tourists due to rising water levels.

Bathing ghats at Nanjangud have been submerged and the Hadinaru Kaalu Mantapa was flooded. The Chikkamma Chikkadevi temple was inundated while the water level was almost touching the Hejjige Bridge across Kabini. The bridge connects 16 villages in the surroundings.