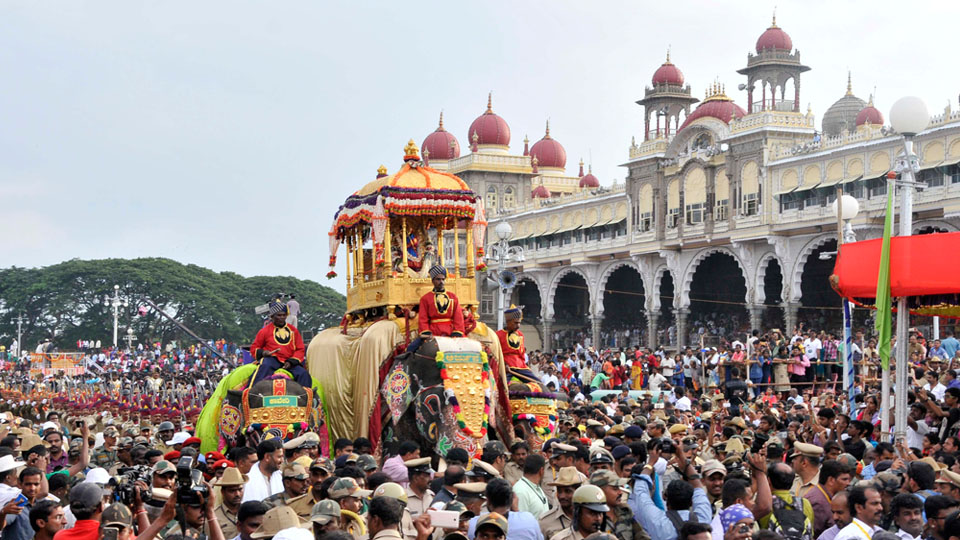 Bengaluru: The State Government has decided to celebrate Dasara festival in October on a grand scale in such a way that the festivities will be an opportunity to showcase tourism and attract maximum number of visitors to Mysuru, Kodagu, Mandya, Chamarajanagar and Chikkamagalur. Chief Minister H.D. Kumaraswamy (HDK) has promised to release the funds needed.

At a preparatory meeting on Dasara held at Vidhana Soudha yesterday that was attended by Ministers and officers from Mysuru, Kumaraswamy said that Dasara must give an impetus to tourism in Bandipur Tiger Reserve, Nagarahole National Park, Kodagu and surrounding areas.

Kumaraswamy revealed that along with Mysuru, Mandya and Chamarajanagar as tourist destinations, the officers must strive to provide different events to pull tourists. He ordered the officials to prepare a detailed blueprint of tourism development during Dasara and submit the same to the Dasara High Power Committee for approval.

He also suggested the administration that suggestions must be taken from litterateurs, educational experts, political leaders, senior citizens, media and cultural associations for the smooth conduct of Dasara.

The CM said as the State was receiving copious rains and Cauvery reservoirs were almost filled to the brim, Dasara should be celebrated on a grand scale without any hurdles. He suggested formation of a committee comprising Ministers and legislators of the region to ensure successful celebrations. He advised the authorities to give prominence to native sports and culture in the events to be organised during the festivities.

Kumaraswamy said that he will offer special pujas at Talacauvery, the birthplace of River Cauvery on July 20 and on the same day he will offer pujas to Goddess Chamundeshwari in Mysuru. Incidentally, July 20 is the first Ashada Shukravara and thousands of devotees are expected to visit the    Hill and the arrival of the CM’s cavalcade during the rush might create traffic snarls. Kumaraswamy will also offer Baagina at Krishna Raja Sagar and Kabini on July 20.

Before the CM addressed the meeting, Mysuru Deputy Commissioner Abhiram G. Sankar made a Power Point presentation regarding the highlights of last year’s Dasara. He also explained about the measures to be taken during this Dasara to attract more tourists and boost the city’s business.