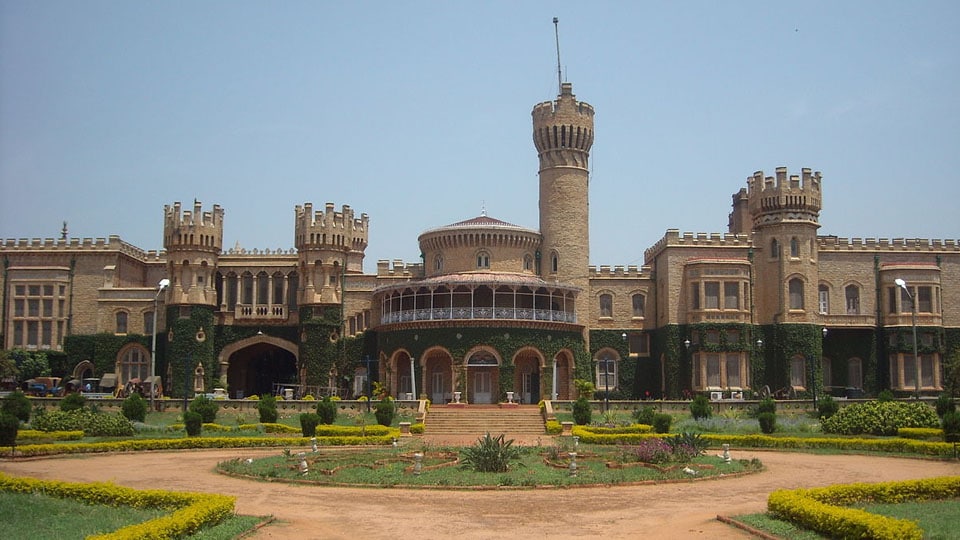 Bengaluru: The Karnataka High Court yesterday upheld the imposition of Wealth Tax on 28 acres of land known as ‘Bangalore Palace and its appurtenant lands’ for assessment years 1999-2000 to 2004-05.

The assessing authority had fixed Rs. 183.3 crore as Wealth Tax for the land at the rate of Rs. 1,500 per sq. ft. based on the then prevailing guidance value set by the State Government. The land is held by the daughters of the last Maharaja of Mysore Jayachamaraja Wadiyar

The Bench said the ITAT was not justified in holding that 28 acres located within the Corporation limits of Bengaluru city does not fall within the definition of ‘assets’ in Wealth Tax Act-1957 and no Wealth Tax is chargeable on the land.

The ITAT had quashed the ‘protective assessment’ of the wealth made by the I-T Department with respect to 28 acres each held by Meenakshi Devi (who died in 2015 and is now represented by her two children) and Kamakshi Devi. The Tribunal had held that these ‘urban lands’ do not fall within the definition of ‘assets’ under Section 2 (ea)(b) of the Wealth-Tax Act, 1957 and hence were excluded from the Wealth Tax ambit.

“We hold that Wealth Tax would be chargeable for these assessment years as the urban lands belonged to the assessees on the respective valuation dates from 1999-2000 to 2004-05,” the Bench observed, while allowing the Wealth Tax appeal filed by the I-T Department.

Though the I-T Department had made only ‘protective assessment’, it had not demanded immediate payment of Wealth Tax in view of the pendency of litigations in the Supreme Court over the validity of the Bangalore Palace (Acquisition and Transfer) Act, 1996.

The High Court has now held that assessees are liable to pay Wealth Tax for these assessment years as the lands still ‘belonging to’ them despite pending litigation, as the assessees are in possession, and are earning income from these lands.

The appeal against the 1996 Act that sought to acquire 472 acres of the Palace property is pending before the SC. The Bench also made it clear that the Department is now free to proceed to make substantive assessment as the possession and control over these lands remained with the assessees despite restriction imposed by the Supreme Court on the use of these lands. The sisters of late Srikantadatta Narasimharaja Wadiyar had contended that the valuation cannot exceed Rs. 11 crore as fixed by the 1996 Act.

Will the Wealth Tax abolition be a bonanza for Wadiyars?

Reacting to the Court ruling, sources at the Mysore Palace said that the Wealth Tax based on the market value of the property runs into hundreds of crores from 1999 onwards till the Wealth Tax was abolished by the current Government from 2015-16.

“This is a protracted litigation since the demise of Jayachamaraja Wadiyar which the Income Tax authorities have foisted on the legal heirs despite the properties being subjected to draconian confiscatory enactment like ULC (Urban Land Ceiling) Act from 1976 onwards.”

“However, this was given a ‘legal quietus’ on 21-9-2015 when the Supreme Court dismissed the contention of the I-T Department and the High Court in this regard had said that the value of the property for the purpose of Wealth Tax though should be based on hypothetical presumption of what the property can fetch if sold. But it should be based on what a reasonable person would pay based on the restrictions imposed by the ULC Act. When the maximum compensation available for excess vacant land, irrespective of the extent of holding, is only Rs. 2 lakh it is unreasonable to assess it on market value for a free property,” sources said.

“Thus at one go all the assessments from 1976 to 1999 got resolved favourably and as recent news reports suggest that the I-T Department’s Mysuru branch even refunded the amount paid by the late scion Srikantadatta Narasimharaja Wadiyar,” they said.

“But the ULC was repealed in 1999 and the department started assessing the assets on protective way based on market value. However, both Bangalore Palace and Mysore Palace are subjected to special Acts in 1996 and 1998  enacted by the State Government wherein maximum compensation provided is only Rs. 11 crore and Rs. 32 crore respectively.

Even the State Government claims the property vests with them by virtue of the Acts. The challenge to the above confiscatory one family enactment (the Bangalore Palace and Mysore Palace (Acquisition and Transfer) Act, 1996) is before the Supreme Court since 1997. The owners cannot sell the property but are allowed to rent it temporarily and make a living,” sources said.

“But the High Court has ignored the interpretation of law in the earlier ULC case in 2015 and upheld the Department’s claim. This is a clear case of ‘per incuriam judgement’ (through lack of care) and unfortunate harassment of royal family. It will be challenged,” the sources added.