Home » Feature Articles » How the Modi-Shah combine is like no adversary the Congress has ever encountered before? 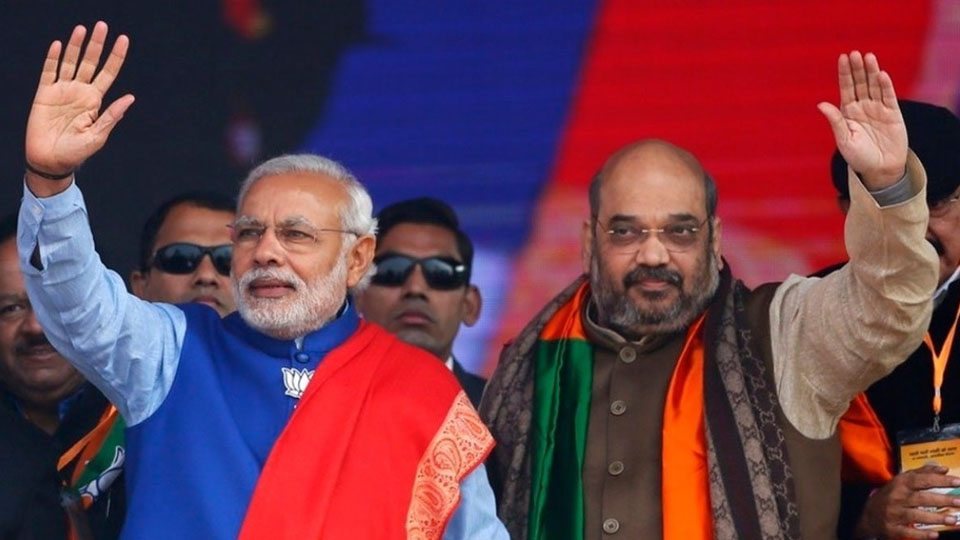 How the Modi-Shah combine is like no adversary the Congress has ever encountered before?

By Shashank Gouri from New York

Rahul Gandhi must be ruing the day his party coined the phrase ‘Chowkidar Chor Hai.’ In a bid to counter the ruling BJP’s strategy to transition Prime Minister Narendra Modi from Chaiwala to Chowkidar, the Congress might have finally met its match in Modi-Shah as they are left grappling with the ruling party’s fightback led by PM Modi himself.

It all started on May 5th when PM Modi, having tolerated enough of the Congress’ ‘Chowkidar Chor Hai’ jibe, launched a blistering attack on the Congress President’s father and ex-Prime Minister Rajiv Gandhi in a political rally in Lucknow. When Modi thundered that Rajiv Gandhi’s ‘Mr. Clean’ image had turned into that of ‘Brashtachari No.1’ during his lifetime, we were all left wondering if the Prime Minister had lost the plot by dragging the name of a former Prime Minister who had died tragically nearly three decades ago. But after sustained attacks on Rajiv Gandhi over the next few days, it seems like a strategy chalked out by the BJP to rattle Congress. A strategy that seems to be working thus far.

As I have been keenly observing the election campaign unfold and reach its final stage, I have noticed a few things about the Modi-Shah controlled BJP that make them the perfect adversary to the rudderless Grand Old Party:

In all fairness, Congress’ NYAY scheme was a well-intentioned policy proposal, aimed at lifting fifty million people out of poverty by introducing a Minimum Income Guarantee Scheme (MIGS), as is done in many developed countries too. However, even Rahul Gandhi’s earnest efforts to talk about the benefits of it got swept away under the rug as the public, energised by Modi’s raucous campaigning, dismissed it as another socialist scam.

I have no idea how these strategies of BJP will play out as I am not a psephologist. By May 23rd, all of us will have gained one superpower-hindsight. In hindsight, these strategies might boomerang too. We never know. I am not a bhakt either, but I have to concede that I cannot help but admire how this duo of Modi-Shah are proving to be a forceful adversary to the Congress by constantly attacking them and refusing to let them set the agenda.

As a neutral observer, I am also slightly disappointed at the sheer lack of discipline in the cadres of the country’s oldest political party and how easily they are walking into the traps laid by the BJP by constantly giving rattled responses to PM Modi’s attacks instead of just ignoring and moving on. When it comes to ignoring attacks and not biting the bait, perhaps the Congress should take cue from none other than Narendra Modi himself, who successfully managed to stave off Arvind Kejriwal’s incessant tweeting about him (remember the Coward and Psychopath tweet?) by just ignoring him and refused to bite the ‘anti-Muslim’ bait laid for him in the 2014 election by just talking about roads and infrastructure. Will the Congress ever learn?

READ ALSO  ‘Is there a taller leader than BSY who will bring the party to power? If so name him or shut up’— Amit Shah

7 COMMENTS ON THIS POST To “How the Modi-Shah combine is like no adversary the Congress has ever encountered before?”