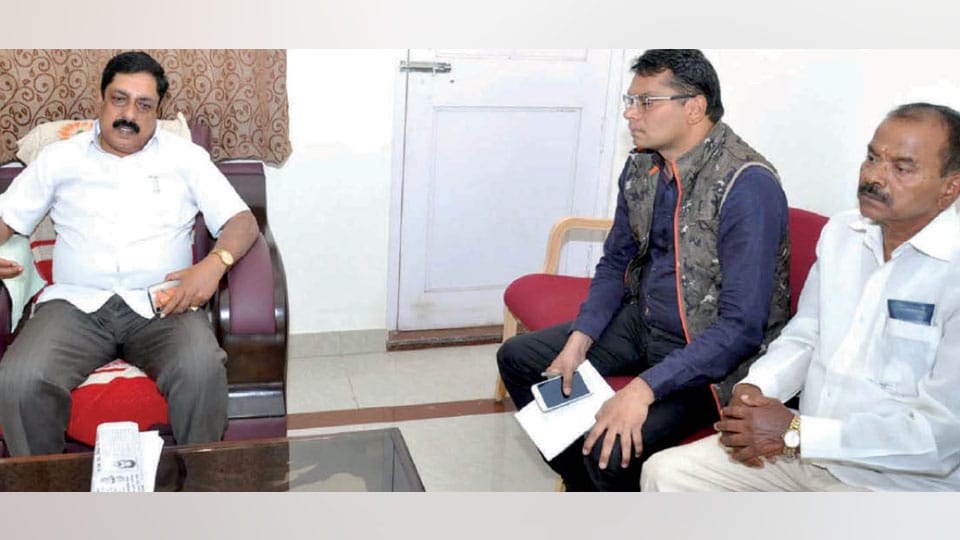 Kollegal: MLA Narendra and DCF Yedukondalu participated in a meeting held here yesterday to discuss on steps to be taken to prevent human-animal conflicts and prevention of wild animals straying and spoiling agricultural land of farmers destroying standing crops.

Narendra discussed at length with Forest officials regarding steps taken to prevent death of farmers owing to wild animals  attack and compensation to be paid for destruction of crops.

Yedukondalu recalled that three persons had been killed in elephant attacks at Nagamale and Kombadikki Thukere and added that the deceased will be compensated with Rs.5 lakh each.

He said that to prevent straying of wild animals to cultivated land, solar alarms would be installed. He added that steps would be taken to construct a road from Thukere to M.M. Hills.

Narendra said that a conclusion has been drawn that the three persons killed in Mahadeshwara forest region were not by the same wild elephant.

He further said that the construction of a moat around cultivated land and installation of solar alarms would be a great relief for farmers against wild animal attacks.