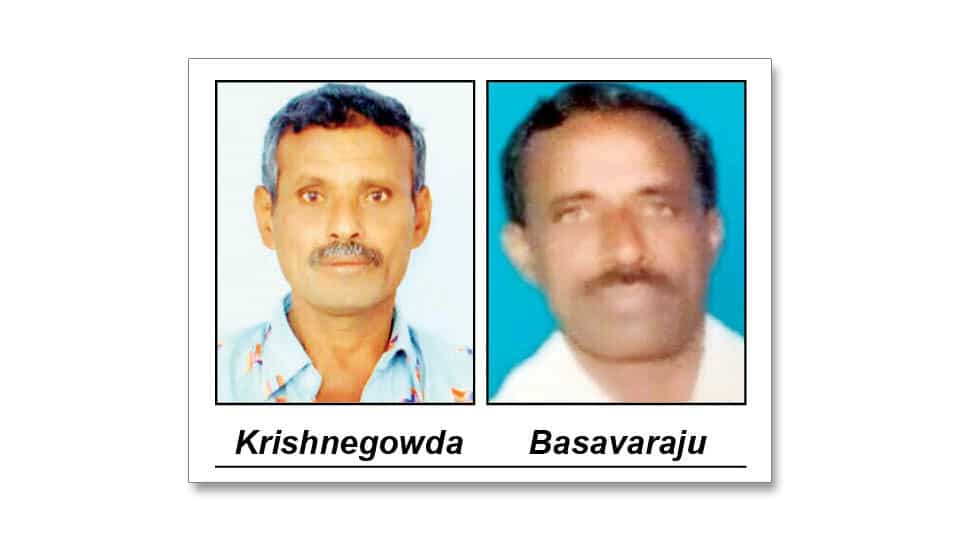 Maddur: In separate incidents, two farmers, unable to repay the loans they had taken to grow crops, committed suicide by consuming poison at Tubinakere and Rajegowdanadoddi in the taluk. In the first incident, Krishnegowda, who owns 3.5 acre land, had taken a loan of Rs.2 lakh from a Co-operative Society, Rs.1.5 lakh from a Bank and Rs.4 lakh from private financiers to grow crops in his land.

As rains failed and the crops started withering, Krishnegowda suffered huge losses and the financiers were allegedly pestering him to return their loan amount.

Depressed over this, Krishnegowda had consumed poison near his land and the villagers had rushed him to the District Hospital, where he breathed his last. He leaves behind his wife, four daughters and a son. A case has been registered at Kesthur Police Station.

In the second incident, Basavaraju, who owns a three acre agricultural land, had taken Rs.1 lakh loan from a Bank, Rs.1.5 lakh from a Co-operative Society, Rs.1 lakh from various Self-Help Groups and over Rs.3 lakh from private financiers to grow sugarcane and other crops. As the rains failed, Basavaraju too suffered losses.

Unable to withstand the pressure from financiers, Basavaraju had consumed poison and was lying near his land. He was rushed to a hospital in Mysuru, where he breathed his last yesterday. A case has been registered at Maddur Police Station.