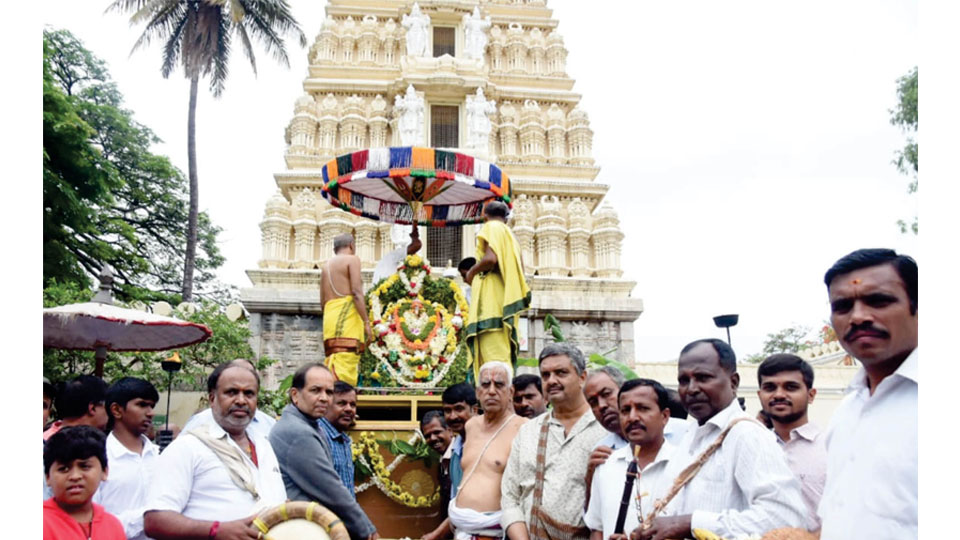 The temple, which was built in 1499 in the Palace premises, now belongs to the Department of Religious Endowment.

The Brahmotsava celebrations, which began on May 14, will conclude on May 20.

Various pujas were performed in the early hours of yesterday. Rathotsava was held at 11.12 am.

Chamundi Hill Temple Executive Officer Yathiraj Sampathkumar and others were present on the occasion.

Various rituals like Anku-rarpana, Kalyanotsava and Utsava took place till today. Nityotsava will be held tonight.

Tomorrow (May 19) Avabruthotsava will be held in the morning which will be followed by Dwajarohna at night.

On May 20, Mahabhisheka will be performed in the morning which will be followed by Dwadasharadhana at night.