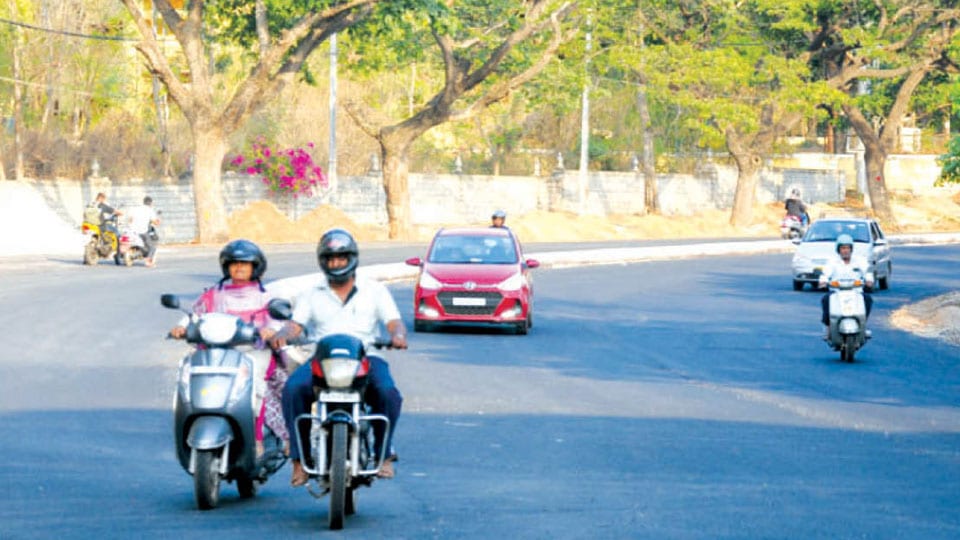 Mysuru: The traffic on Hunsur Road from the Jaladarshini Guest House opposite Kalamandira up to the Mosque near Valmiki Road, which was closed for many months to straighten the road, was opened to the traffic   from yesterday.

About four to five months back the environmentalists and activists had vehemently opposed the straightening of the stretch at a cost of Rs.13 crore, as they feared the felling of 79 trees and said that the curve near Jaladarshini Guest House was not the problem but it was dangerous driving that led to fatal accidents.

The National Highway Authority of India bowing to public pressure significantly altered its original plan and under the revised plan only seven trees were felled and then they began the work.

The work is now complete and the vehicles plying to Hunsur, Kodagu and Hassan, which were all diverted, thus causing inconvenience to the public, are now free to move on this stretch from yesterday.