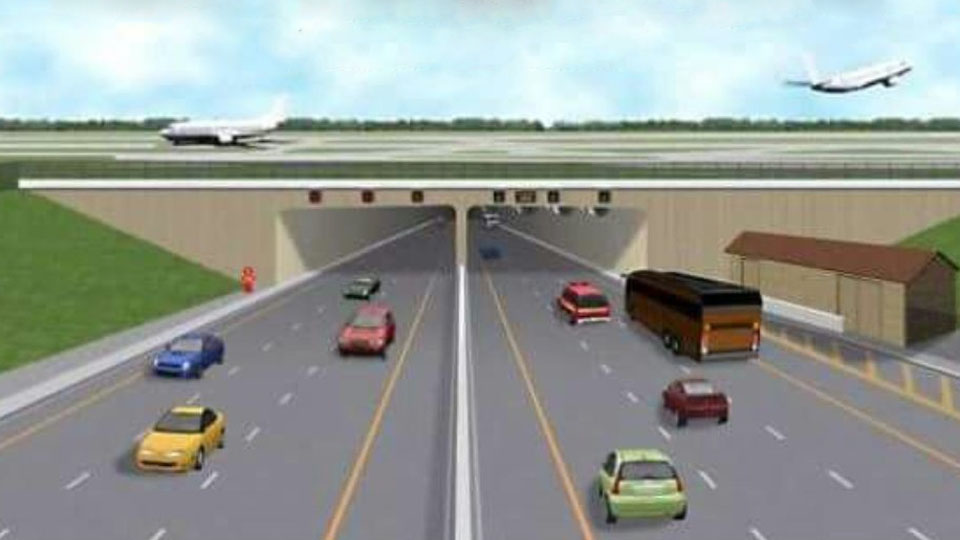 Mysuru: The more-than-a-decade efforts to build a tunnel or underpass near the Mysore Airport at Mandakalli and the extension of runway to 2,750 metres has finally borne fruit as necessary permission have been obtained, said Mysuru-Kodagu MP Pratap Simha.

Speaking to reporters here yesterday, Simha said that once the project is completed, the Mysore Airport will attain the distinction of being the only airport in India to have the underpass.  “Once the project is completed, it will be the first of its kind airport in the country, where the runway will be over the underpass. We see this kind of Airports only in foreign countries,” he said.

Even the Bureau of Civil Aviation Security, which comes under the Ministry of Civil Aviations, has given the clearance to the Airport Authority of India for the underpass below the proposed extension of the active runway.  The underpass will be built as the National Highway 212 (Mysuru-Neelagiri Highway) is coming in the way of the runway’s extension, and now with the security clearance work on it can finally begin.

At present, the runway is 1,740 meters long and can accommodate 72 seater capacity flights. It will be extended to 2,750 meters and the airport can be developed to international standards and several Air Bus 320 national and international flights of 180 seater capacity will be able to land here, officials said. Though the existing NH comprises four lanes with a median, the proposed underpass is expected to have six lanes with a median. The length of the underpass will be around 450 metres and width will be around 23 metres.

5 COMMENTS ON THIS POST To “Hurdles for expansion of Mysore Airport cleared: MP Pratap Simha”