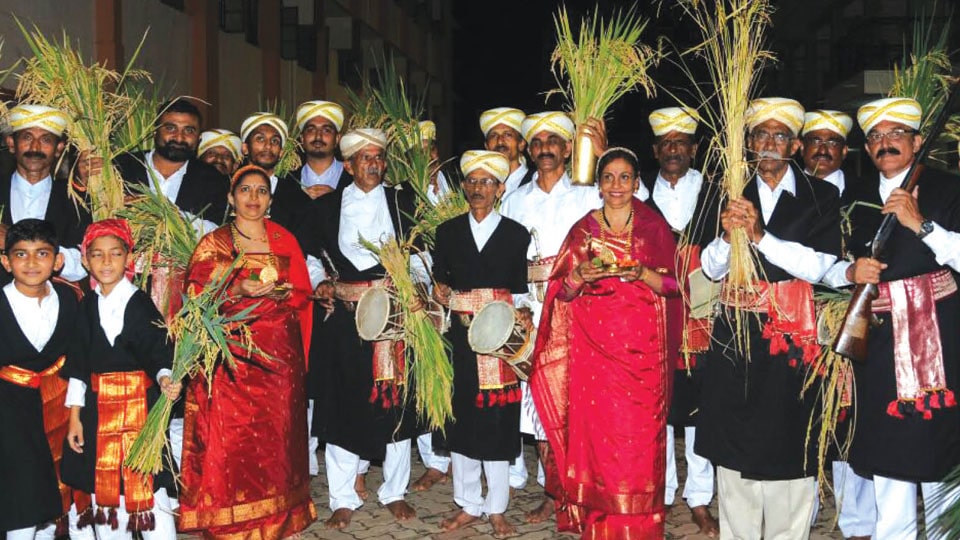 ‘Huthari’ festival celebrated on a grand scale in Mysuru, Kodagu

Mysuru/Madikeri: The harvest festival of Kodavas ‘Huthari’ was celebrated on a grand scale at the premises of Cauvery Educational Institutions in Kuvempunagar here last evening and the function was organised by Mysuru  Kodava Samaja.

The festival rituals were performed under the guidance of Anjanda Kaverappa, a senior member of Kodava Samaja.

Sheaves of paddy (Kadiru) were brought in baskets and offered to Igguthappa chanting peans in praise of the Lord.

‘Nere Kattu’ and ‘Kadiru’ were performed at Padi Igguthappa Temple and prasada was distributed to people. Deva Thakka Paradanda and family members were present on the occasion.

The festival was also celebrated at Omkareshwara Temple.

‘Nere Kattu’ ritual was also performed after worshipping the Almighty. Leaves of mango, jackfruit and cashew trees were also used in the rituals. 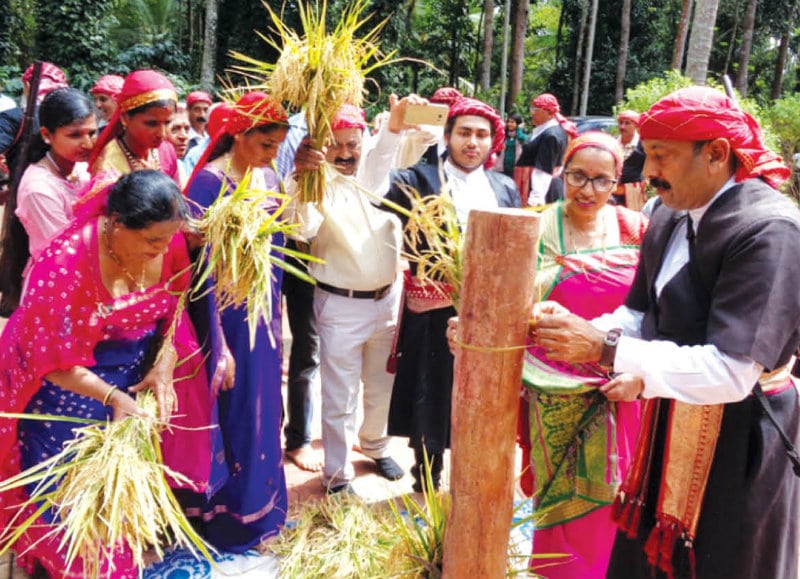 The participants walked in a procession to paddy fields with playing of drums.

After firing rounds in air thrice, the paddy sheaves were cut and brought home in a procession.

Traditional folk dances were performed and prasada was distributed to all.

Gonikoppa: Wild elephants were said to have eaten the ‘Kadiru’ (paddy sheaves) at a field at Kurchi village near here well before the authorities of Irpu Rameshwara Temple, Priests and villagers went there in the morning yesterday to cut and bring the sheaves to the temple for rituals.

A big surprise was in store for all of them as the elephants had cleared the field leaving it totally bare. With no way to go, the people were content by chopping off grass with a few leftover paddy sheaves to perform the festival rituals.