Home » News » I am in Delhi for Murmu’s nomination, not to discuss Cabinet rejig: Bommai 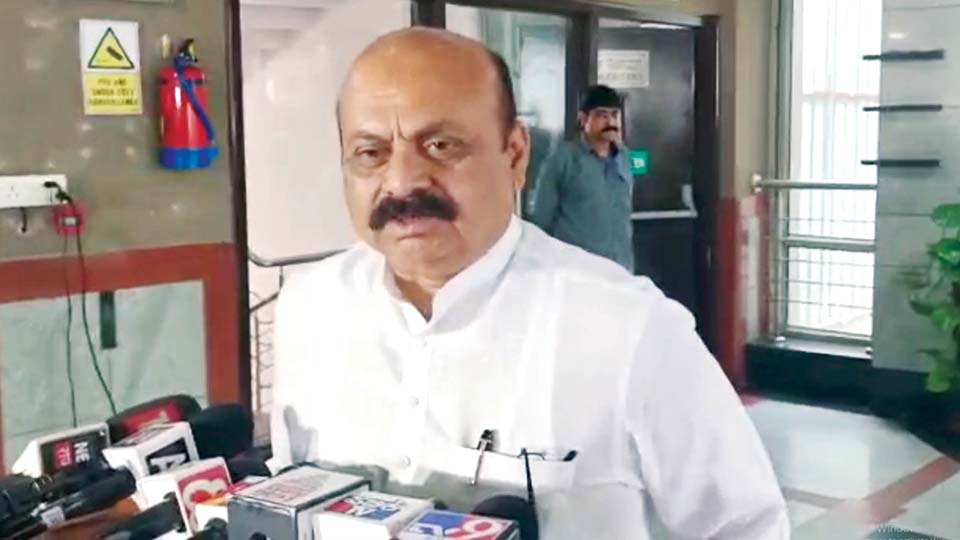 I am in Delhi for Murmu’s nomination, not to discuss Cabinet rejig: Bommai

New Delhi: Dousing speculations of rejig of his Cabinet, Chief Minister Basavaraj Bommai on Thursday said he has arrived in the Capital City for Presidential elections.

“I have no plans to meet the Central leadership. I came to Delhi for the Presidential polls. I have to be present during the filing of nominations by BJP Presidential candidate Droupadi Murmu tomorrow. After that, I will return to Bengaluru. There are no plans to meet the top brass and deliberate upon Cabinet rejig,” he said. Bommai is one of the proposers for Murmu’s candidacy.

It was an usual affair to see media speculating on Cabinet rejig whenever he visited Delhi, but the party leaders this time are busy with Presidential elections, Bommai said.

Asked about Forest Minister Umesh Katti’s remarks on creating a separate North Karnataka, the CM said, “You must ask this question to him. As far as the Government is concerned, there is no such proposal as of now.”

This is not the first time that Katti has made such a statement, but on several occasions previously, he added.