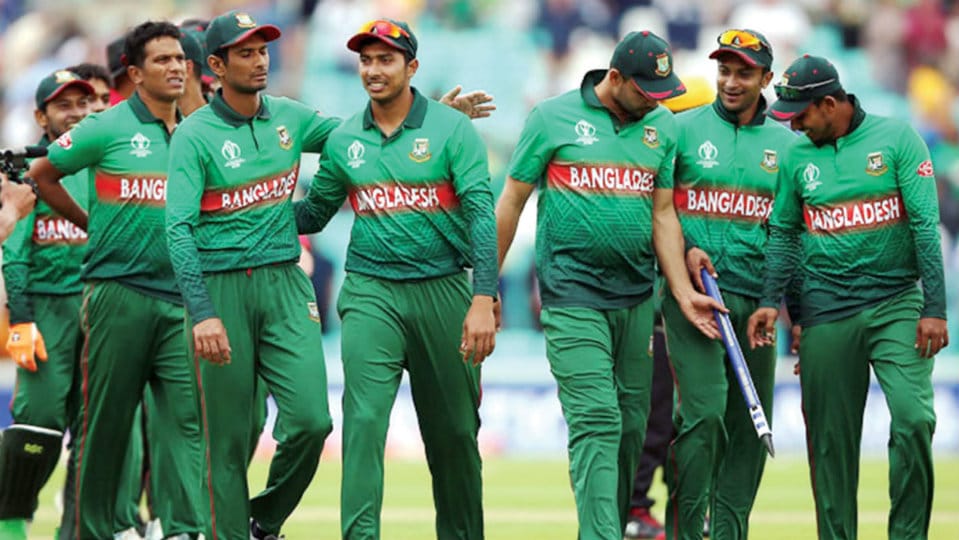 Bangladesh stunned South Africa to start their World Cup campaign with a fine 21-run victory at The Oval.

Bangladesh made 330-6 – their highest one-day total – with Mushfiqur Rahim scoring 78 and Shakib Al Hasan 75 in front of a passionate crowd strongly in their favour.

The pair put on 142 for the third wicket and, although both fell in the final 15 overs, Mahmudullah helped power his side to the highest total of the tournament with an unbeaten 46 off 33 balls.

South Africa, who were sloppy in the field, lost crucial wickets as they rarely threatened to complete the highest World Cup chase in history.

Opener Quinton de Kock fell to a shambolic run-out early on, captain Faf du Plessis was bowled for 62 and Rassie van der Dussen was dismissed for 41 in the 40th over.

The Proteas still had slim hope with three overs left, JP Duminy at the crease and 44 needed – but he played on off Mustafizur Rahman to depart for 45.

The defeat means South Africa have lost their opening two matches in the competition, having been beaten by England in the opener on Thursday.