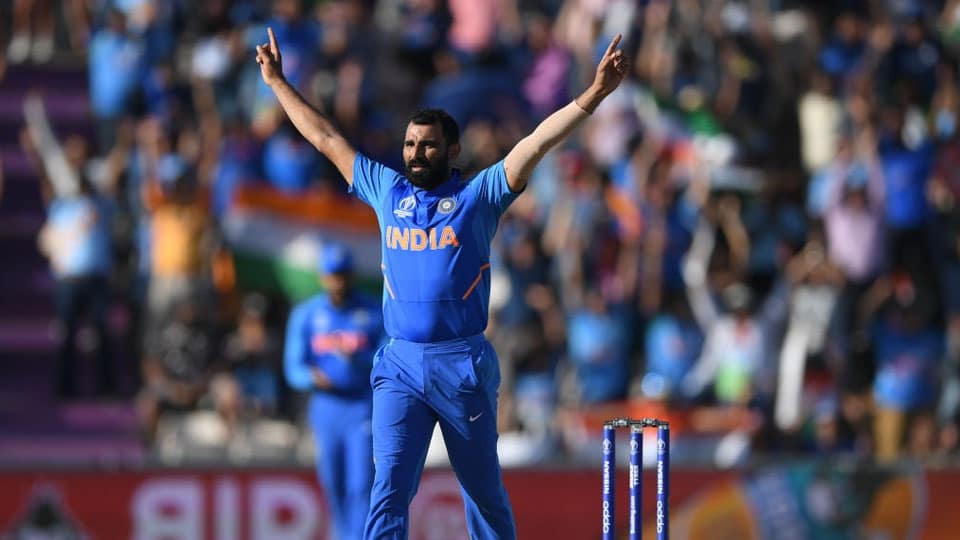 Southampton:  Jasprit Bumrah and Mohammed Shami held their nerves in crunch situation and executed their plans perfectly in the death overs to help see-off Afghanistan resistance and eventually beta them beat by 11 runs in a nail-biting encounter at The Rose Bowl Stadium in Southampton.

Shami became the second Indian bowler in the history of World Cup to complete a hat-trick after Chetan Sharma achieved the feat in 1987 World Cup.

Indian batsmen failed to deliver for the first time in the tournament and finished the innings at 224/8.

Needing 16-runs off the last over bowled by fast bowler Mohammed Shami, Afghanistan had Mohammad Nabi taking strike and the match was set for a thrilling finish. Nabi converted the first ball bowled by Shami into a full toss and scored a boundary and the target was reduced to 12 off 5 balls.

The next ball was a dot ball and 12 runs were needed off 4 balls. Off the third ball, Nabi, wanting to score a six over long-on was caught by Hardik Pandya for a well-made 52 and India came back into the game.

Shami struck twice in succession to remove Aftab Khan, bowled (213-9) and off the fifth ball bowled Mujeeb and completed a hat-trick and Afghanistan were bowled out for 213 runs. India won by a thrilling 11-run margin.