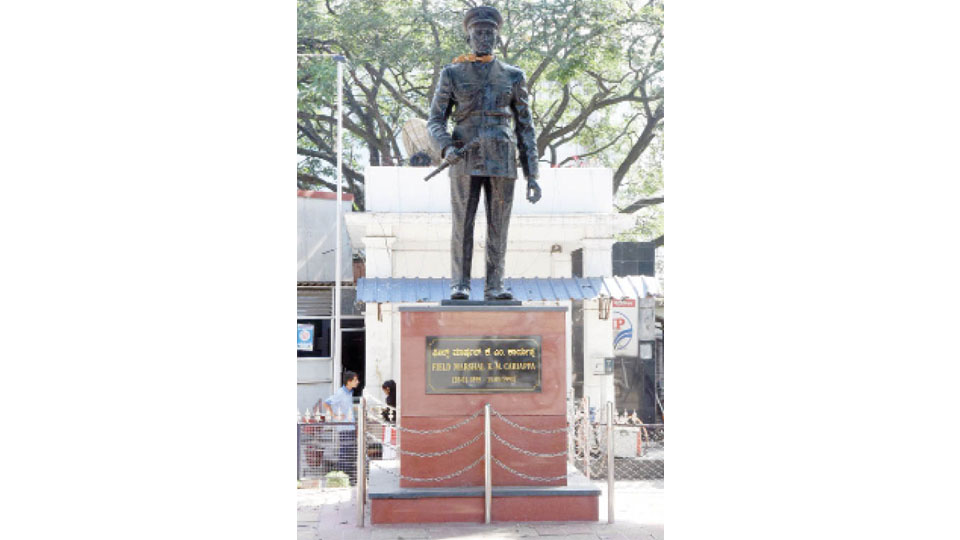 This refers to the photo caption titled “City aglow with colourful lights’ in yesterday’s Star of Mysore, which mentions about the CESC illuminating the prominent Statue Circles, roads and buildings.

On behalf of the Mysureans, I request the  Dasara Illumination Sub-Committee Officers concerned to direct the CESC to illuminate the statue of Field Marshal K.M. Cariappa also at the junction of JLB Road and  Vinoba Road. It will indeed be a befitting tribute to the former Chief of Army Staff if the District Administration considers special lighting to the statue this Dasara as the country is celebrating Azadi Ka Amrit Mahotsav.

Voice of The Reader
Practice makes them perfect…
Divine Mathematics