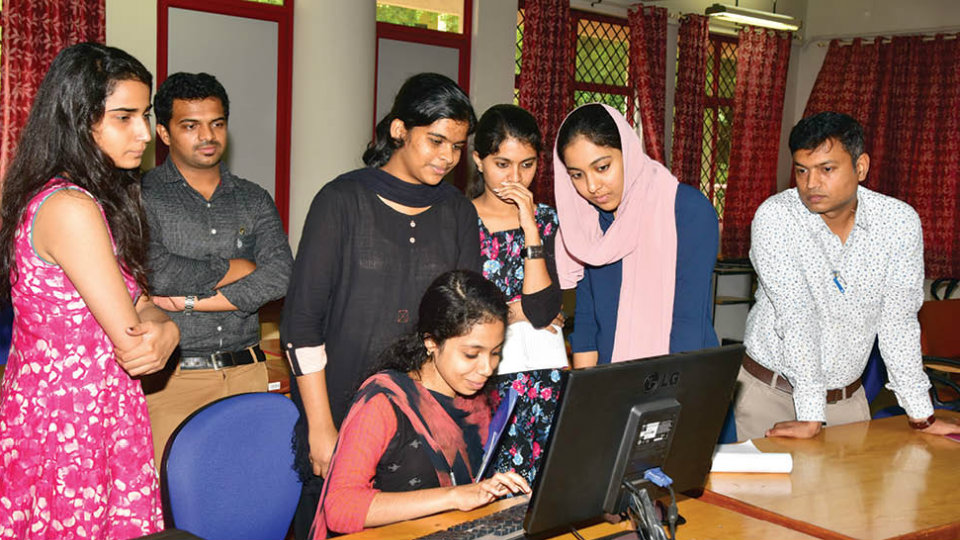 He was delivering the keynote address on the topic ‘e-Security’ during the one-day workshop on ‘Safe and Effective Utilisation of Information and Communication Technology’ organised by the Department of Electronics, All India Institute of Speech and Hearing (AIISH) at its seminar hall here on Saturday.

He said, “According to Information Technology Act, if we send a mail without the permission of other person it is punishable. Without knowing the cyber law and IT Act, people are using information technology.”

“Who are the contributors of cyber crime; it is we who are contributors. People share photos in Facebook, it’s fine; but they should share with their respective groups only and not in general. Apart from this, they are also found sharing their contact number in Facebook which is very harmful,” he said adding that these are small things which lead to cyber crime. 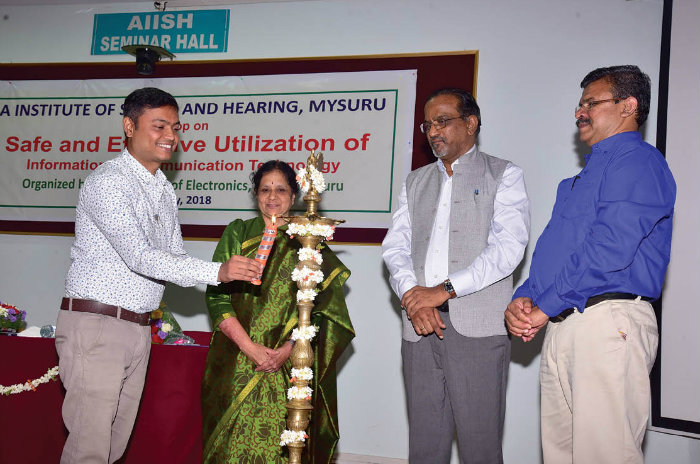 A.M. Sudhakara (second from right), System Manager and Head, Computer Centre, University of Mysore, who delivered a talk on ‘e-Security’ at AIISH in city, is seen with  Dr. S.R. Savithri, Director, AIISH and Manohar, HoD of Electronics.

He called upon the people not to give any bank details including account number to those who ask them over phone; instead he advised them to have their respective bank and bank managers’ numbers.

During his more than an hour address, Sudhakara briefed about how we need to take care in protecting our  private data.

He also mentioned that 50 percent of material on net is fake and hence called upon the people to be very careful while getting information from net, citing the recent example where the Vice-Chancellor of Gadag University was duped to the tune of Rs.69,000.

“Due to lack of implementation of Information Technology Act, there is rise in the number of cyber crimes not only across India but also in the world. Just less than one percent have been punished. There should be some fear among them, only then  people will think twice before committing such crime.”

“Cyber crimes are also rampant  in many Multinational Companies (MNCs) but most of them are not reported. Hence to be on the safer side, a good anti-virus is very important” added Sudhakara. He observed that the State needs more stations and staff to deal cyber crime-related issues.

The day-long workshop enabled UG students to become competent in innovatively employing the tools of technology and to enhance ICT literacy and confidence among them.