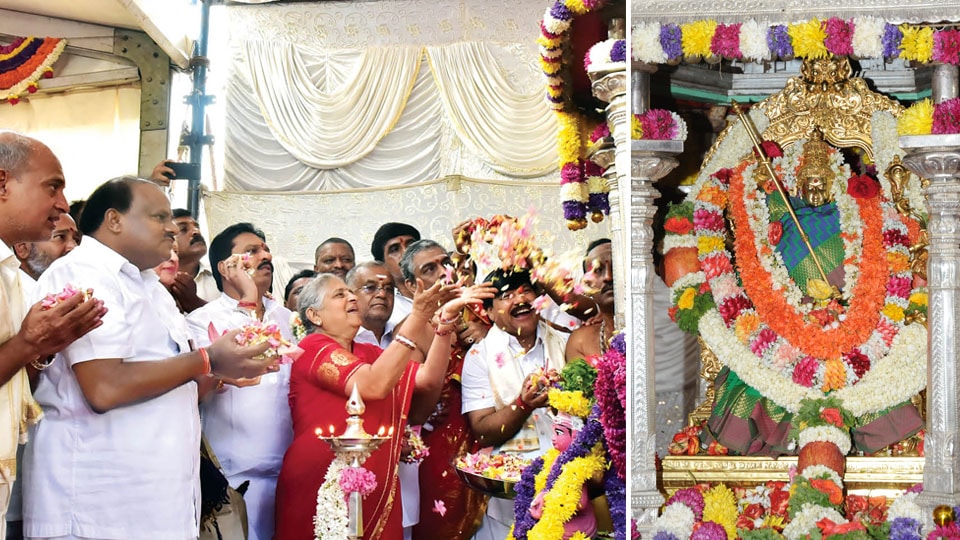 Mysuru: The 10-day Dasara festival showcasing the cultural diversity of Mysuru and Karnataka was formally inaugurated atop Chamundi Hill by Infosys Foundation Chairperson Sudha Murty this morning. Chanting prayers, philanthropist and writer Sudha Murty showered flower petals on the ‘Utsava Murthy’ of Goddess Chamundeshwari placed in a silver chariot in the Chamundeshwari Temple Complex at 7.30 am in the auspicious Tula Lagna between 7.05 am and 7.30 am.

As it was an early morning inauguration, the entire Temple Complex was covered in mist and cool air accompanied by perfumed pleasant smell of flowers and incense sticks that permeated the atmosphere. The temple too was decorated with a variety of flowers. 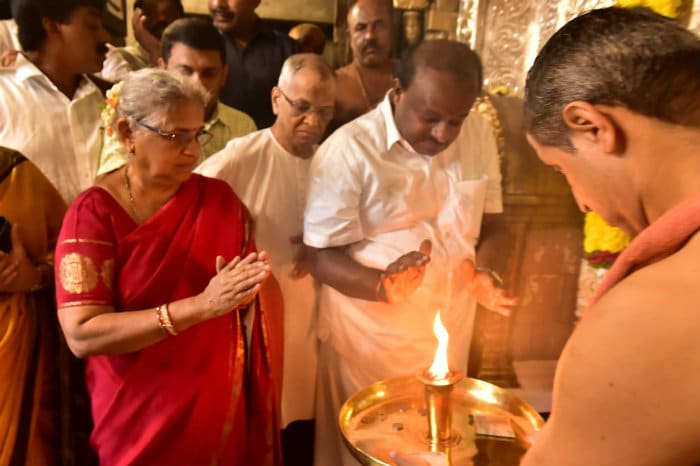 Dasara has deep roots in mythology and was celebrated by the rulers of the Vijayanagar Empire (1336 AD to 1646 AD). After Vijayanagar kings, the tradition was continued by the Wadiyars. This is 408th Dasara that was started in the Mysuru region by Raja Wadiyar at Srirangapatna in 1610 and subsequently taken over by democratically elected governments that are continuing the tradition as “Naada Habba”. 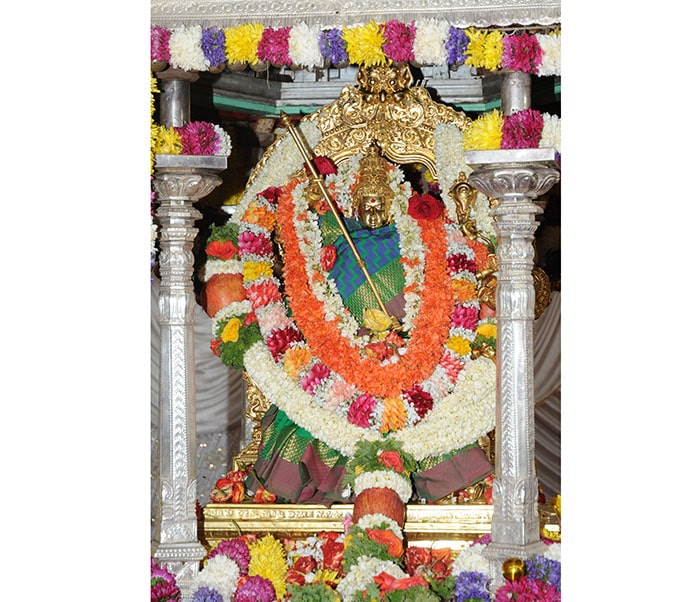 It may be recalled here that on Sept. 14, Puttaranga Shetty, who is also a member of the Dasara Executive Committee, staged a walk out from the Committee meeting alleging that the JD(S) was dominating the meeting and Dasara festivities. Even R. Murthy had earlier stated that Congress leaders were being ignored by JD(S) leaders.

Sudha Murty is a symbol of Karnataka

After participating in the Dasara inauguration, Chief Minister H.D. Kumaraswamy said that he had decided to invite Sudha Murty as she will bring good luck to the entire people of Karnataka. “She is a mother and a symbol of Karnataka represented by love, sacrifice, selflessness. Her pujas to Goddess Chamundeshwari will bring good fortune to the State,” he said.

Appreciating her gesture of donating Rs. 25 crore for Kodagu rehabilitation, Kumaraswamy said that the Infosys Foundation has contributed a lot towards Bengaluru Metro, Cyber Crime Hi-tech unit and has also done many philanthropic works in Mysuru. 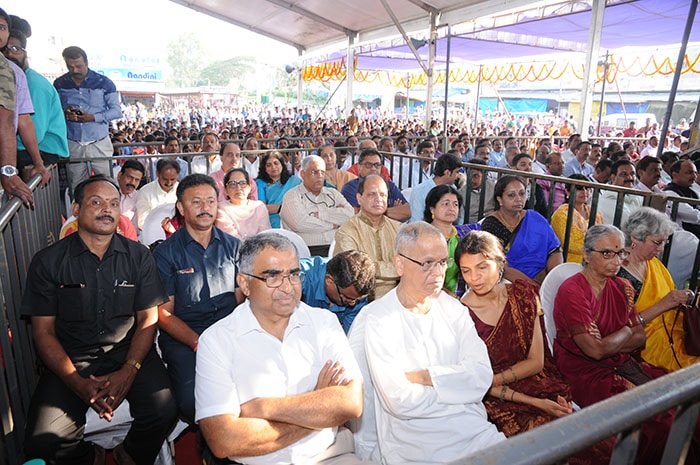 The grand finale — the famed Jumboo Savari (Vijayadashami procession) — will begin from the Palace premises on October 19. Its highlight will be the procession of tableaux and folk artistes, and caparisoned elephant Arjuna carrying the Golden Howdah with the idol of Goddess Chamundeshwari. 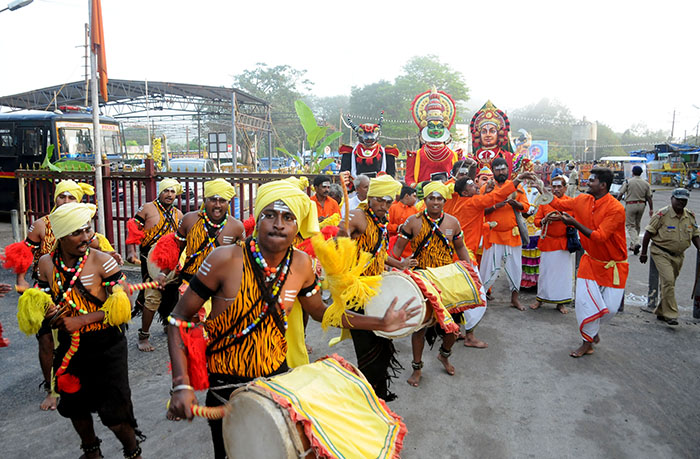 This year there will be a special Jumboo rehearsal on Sunday, Oct. 14, complete with elephants, cultural troupes and tableaux. Those troupes and tableaux that miss a chance to perform on the Vijayadashami Day will be given a chance during this rehearsal. However, the Golden Howdah will not be used and instead, the wooden replica of the howdah will be used.