Home » News » Instructions given for effective implementation of COTPA 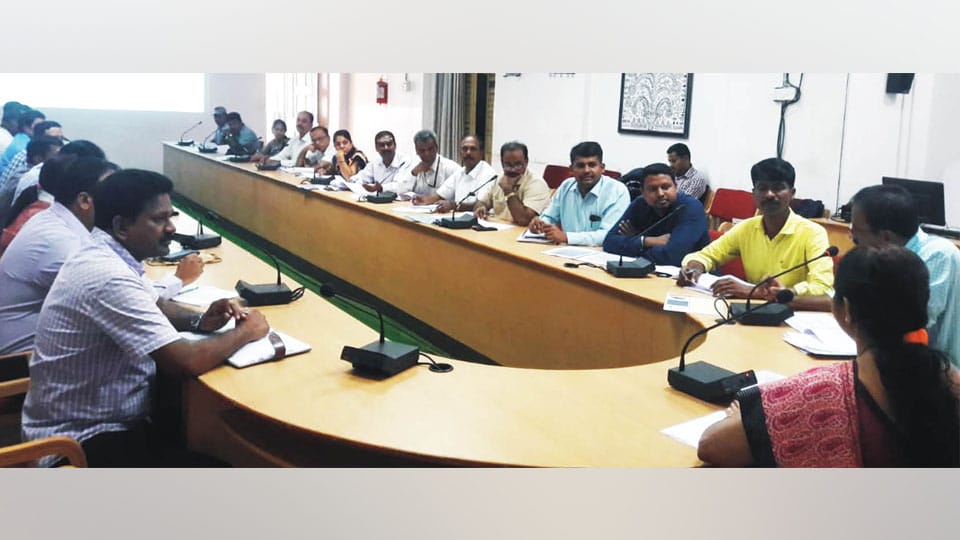 Instructions given for effective implementation of COTPA

Mysuru: The Cigarettes and Other Tobacco Products Act (COTPA) – 2003, which is there for the control of tobacco should be implemented strictly to save youths, children and the public from the ill effects of tobacco, said Additional Deputy Commissioner (ADC) B.R. Poornima.

She was speaking at the Tobacco Control and Tobacco-Free Mysuru project progress review meeting organised at the DC office here yesterday.

Controlling the use of tobacco is not limited only to the Health or the Police Departments, the co-operation of various departments is necessary to make Mysuru a tobacco-free city, she said and added that officials of all departments should take interest and take action.

Continuing, the ADC instructed that instruction board should be installed at all government offices and added that all departments should organise a meeting led by district, city and taluk heads and take action against those violating COTPA and give reports.

Calling for the effective implementation under Sections 4, 5, 6A, 6B and 7 of the COTPA, she asked various Departments to take strict action against those violating the Act.

District Health and Family Welfare Officer Dr. R. Venkatesh said that efforts are being taken to announce Mysuru as ‘Tobacco-Free City’ before Dasara.

Every year, nearly 10 lakh people are losing their lives due to consumption of tobacco in various forms and to control tobacco related deaths and to help save the health of passive smokers, the Health Department has implemented COTPA-2003, said the District Health Officer (DHO).