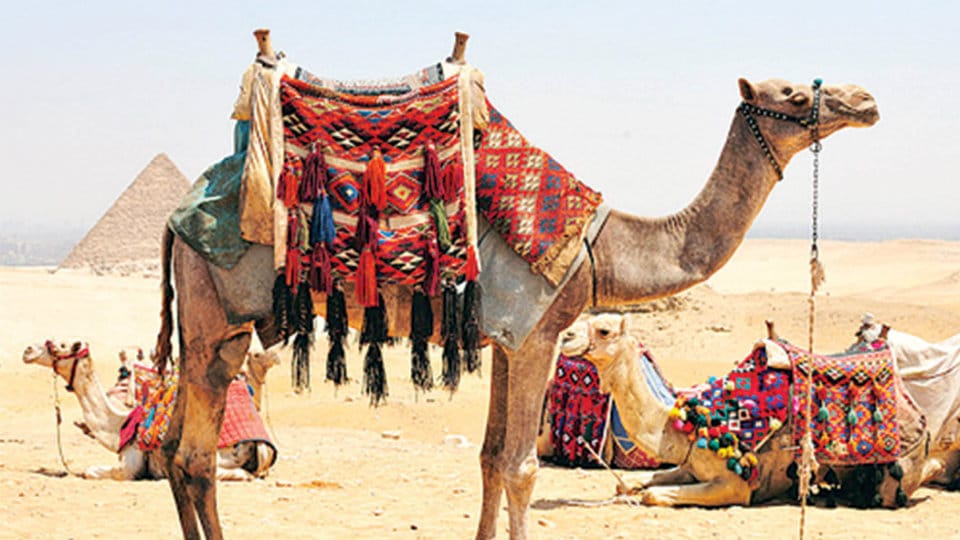 An old Irish saying goes:  “Three apples fell from the tree. One for he who tells the story, one for whom reads and finally one for the who understands.”

You will have one apple when you read this. I hope you receive two !

Once upon a time, a merchant  on a jaunt through a market, came across a fine specimen of a camel for sale.

The merchant and the camel seller, both skilled negotiators stuck a hard bargain. The camel  seller pleased with his skill of worming out what he felt was a very good price, parted with his camel and the merchant chuffed that he had stuck a fantastic bargain, proudly walked home with the latest addition to his large livestock.

On arriving home, the merchant called his servant to come and help him take out the camel’s saddle since the unwieldy saddle was too heavy for a single man to remove.

Hidden under the saddle, the servant found a small velvet packet pouch which on opening he discovered to be filled with precious jewels.

The servant was over excited, “Master, you bought a camel but see what came free along with it.”

The merchant was astonished as he looked at the jewels in his servant’s palm. They were of extraordinary quality, sparkling and twinkling in the sunlight. “I bought the camel,” he said, not the jewels. I must return them  to the camel seller immediately.

The servant was aghast. His master was really foolish. “Master, no one will know.”

But as much as the merchant refused, the camel seller insisted.

Finally the merchant said, sheepishly smiling “actually when I decided to bring the pouch back to you, I already took two of the most precious jewels and kept them for myself.”

At this confession, the camel seller was a little flabbergasted and quickly emptied the pouch to count the jewels.

However, he was confused. “All my jewels are here. What jewels did you keep ?”

“The two most  precious,” said the merchant — MY INTEGRITY AND MY SELF-RESPECT.

Sometimes I used to wonder as to why Star of Mysore  published stories of autorickshaw drivers or a student returning small amount of money they found on the roads or elsewhere. But after reading this story, it dawned upon me that they do it to highlight the integrity  since it has become a rare commodity. Corruption has become so deep-rooted all over and when one finds some rare instances of honesty and integrity it must be highlighted so that some more get converted to be an honest citizen.

For a Government servant to be corrupt-free and be honest is very difficult decision. He is often  ridiculed and laughed at. Once I was discussing this corruption matter with an IAS friend at Delhi in an informal gathering.  He asked me, “If I give you ten lakh as bribe what would you do ?” I replied that I would refuse it. He continued “If I offer you fifty lakh, what would you do?” I said “I would still refuse it.” Then he said “If I offer you Rs. 5 crore, how would  you react?” I kept quiet for some time. Then he said “it requires lots of guts and courage to say “no” to large sums of money when offered. Specially in Delhi where an officer who took a legitimate cut is considered to be an honest officer! Only if he or she demands more than the standard cut he or she  is considered corrupt!

READ ALSO  Are you happy at what you are doing?

Just one look at the huge bungalows constructed by Government servants, one can make out how much corruption is prevalent all over. You want a Government job, one has to shell out  huge sums of money. If you have good enough influence, you may get a discount ! There is not a single arm of the Government which can say with conviction that they are honest.

Once a friend of mine was  raided by the Income Tax officials. He was not disturbed  and went about his work calmly. I asked him, “How can you remain so calm?” He explained  that for a price everything could be fixed and it was done too! He got a clean chit from the tax officials.

So in this Kaliyuga, if you come across an honest businessman or a man of integrity, he or she deserves all the accolades and respect. Do you agree?