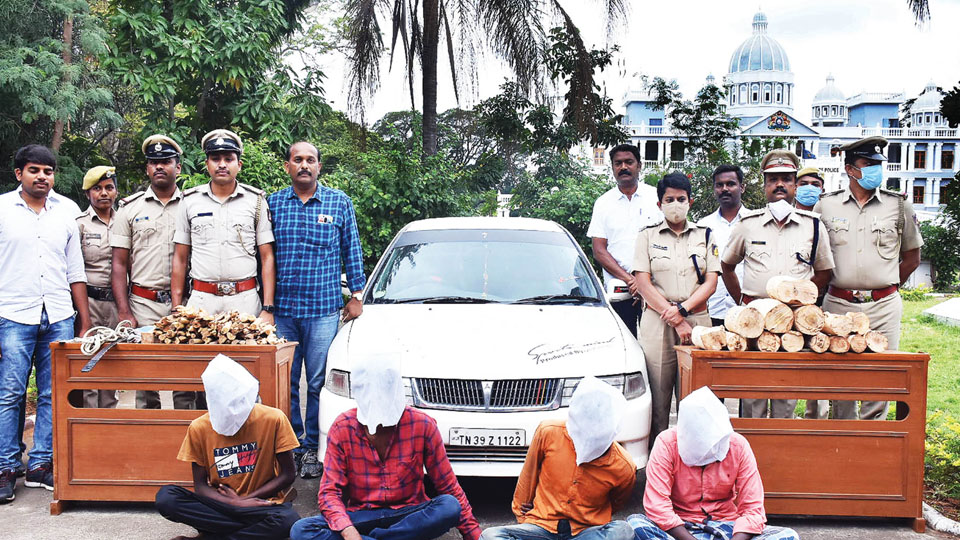 With this arrest, as many as 10 sandalwood theft cases reported in six Police Station limits have been solved.

Deputy Commissioner of Police (Crime & Traffic) GeethaPrasanna told press persons here this morning that the modus operandi of the gang was to survey the matured sandalwood trees grown in the Government Office premises and cut it during night and take away to Tamil Nadu where it was sold for customers. The Lancer car used by the gang to transport the sandalwood logs has been seized.

The City Top Cop has lauded the special team for solving the cases. Further investigation is on by Nazarbad Police under the supervision of Assistant Commissioner of Police (ACP) Mariyappa and Nazarbad Police Inspector G.N. Srikanth.