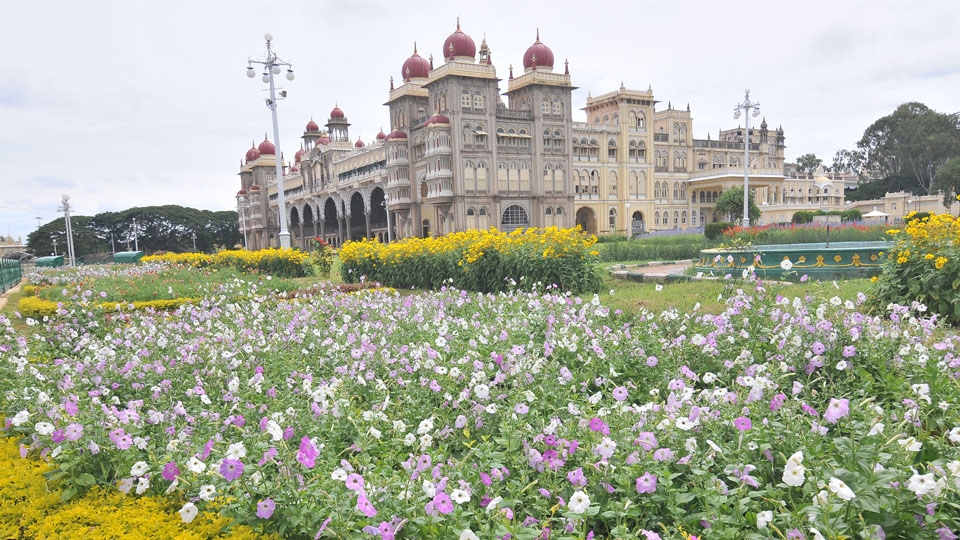 75,000 yoga practitioners to perform along with PM Modi on June 21, says Union Minister

Mysore/Mysuru: With Prime Minister Narendra Modi scheduled to take part in the International Day of Yoga in Mysuru on June 21, preparations have kickstarted at the Mysore Palace, the venue of the historic event, in which a record 75,000 yoga practitioners will perform various asanas.

Speaking to presspersons after holding a meeting with elected representatives and stakeholders at a private hotel in Nazarbad here on Monday, Union Minister for Parliamentary Affairs, Coal and Mines Pralhad Joshi said that the Mysore Palace has been selected as the venue for the June 21 International Yoga Day with the purpose of holding the event at special places.

Pointing out that Mysuru is the first city in South India that is hosting the global event, with the PM’s participation assuming all the more significance, Pralhad Joshi said that with the hosting of the event, Mysuru has added one more feather to its cap.

Noting that a big LED screen will be installed at select points so as to cover live larger areas and the population of the city, the Union Minister said that over 140 countries across the globe are taking part in this mass yoga.

Maintaining that it has been globally agreed that yoga is the best way for  maintenance of physical and mental health,  Joshi said that he has learnt that preparations for the Yoga Day is also underway at countries such as USA, Japan and Australia.

Replying to a question on whether Modi may announce a special gift to Mysuru when he comes to the city on June 21, Joshi said, “We don’t trumpet out achievements. We silently do our work, which speaks about our achievements. PM Modi has made many contributions to Mysuru and the latest one is sanction of Rs.150 crore for upgradation of AIISH. Some of the other contributions are conversion of Mysuru-Bengaluru Highway into 10-lane, upgradaion of Railway facilities, addition of a good number of trains between Mysuru – Bengaluru and such others.”

As part of Yoga Day celebrations in city, the Rashtrotthana Parishath, in association with Kreeda Bharathi, Mysuru and Youth for Seva, Mysuru, will be conducting a ‘Collective Yoga Structure Competition’ to further promote Yoga. Addressing a press meet here yesterday, President of Kreeda Bharathi Subramanya said that there will be three prizes, with the first prize winning team to get Rs.1 lakh, the second prize winner Rs. 50,000 and the third prize winner Rs.25,000.

The competition, which commences from June 21, will take place for two months, following which the winners will be announced, he added.

Mahendra Prasad of Rashtrotthana Parishath said that Rashtrotthana Yoga Science and Research Institute, which was started in 1972, currently runs 150 yoga classes through 16 Yoga Centres  and over 3,000 persons perform yoga sessions every day.

‘We will be participating in the Yoga Day and nearly 30,000 people from our organisation will attend the event at Palace premises on June 21,’ he said.

Udith Gowda of Youth for Seva said that his organisation will give full support to the District Administration to make this programme a historic one, with the involvement of youths. For details, contact Mob: 97430-79238.